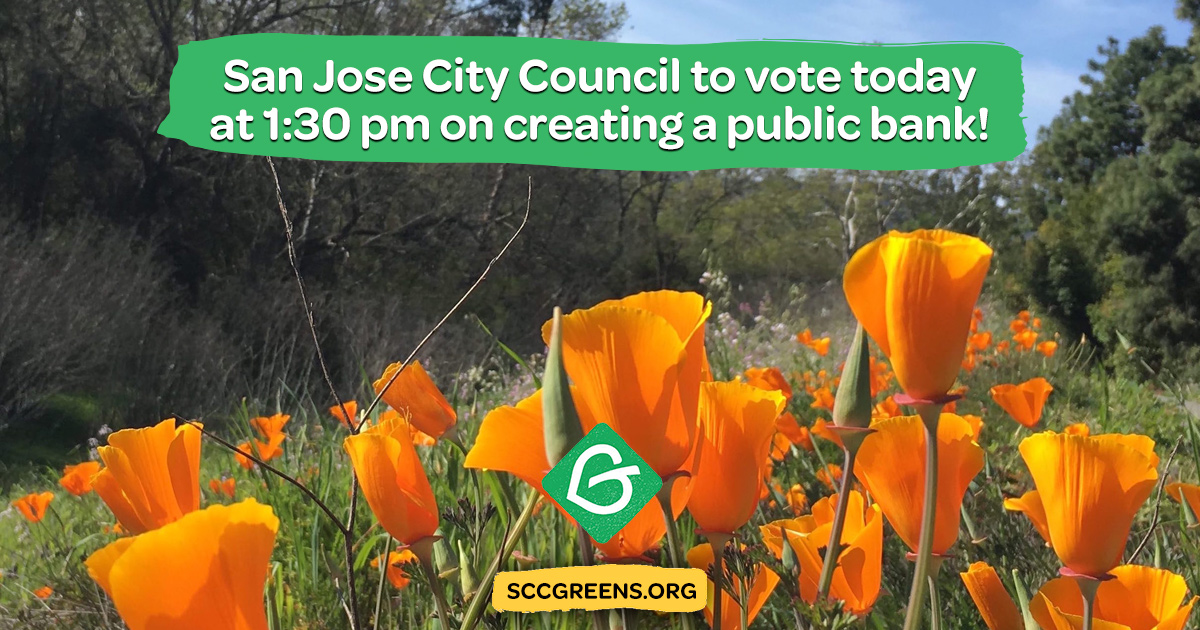 San Jose, CA – Join Greens on TUESDAY, March 19 at 1:30 pm to urge the city to explore Public Banking feasibility! Hold public banking signs, and grab a comment card to speak directly to City Council about why you support Public Banks.

San Jose City Council members, Raul Peralez, Sergio Jimenez, and Magdalena Carrasco have introduced a memorandum to be adopted Tuesday, March 19. This is in response to a bid that the city is evaluating for their banking services, with JPMorgan Chase and Wells Fargo being the top two scorers, both of whom have been fined hundreds of millions of dollars for wage theft practices over the years. We need our hard earn tax dollars to go towards the public good and not to Wall Street profits!

The memo instructs staff to do three things:

And lastly, don't forget to sign the petition in support of a Public Bank in Santa Clara County!