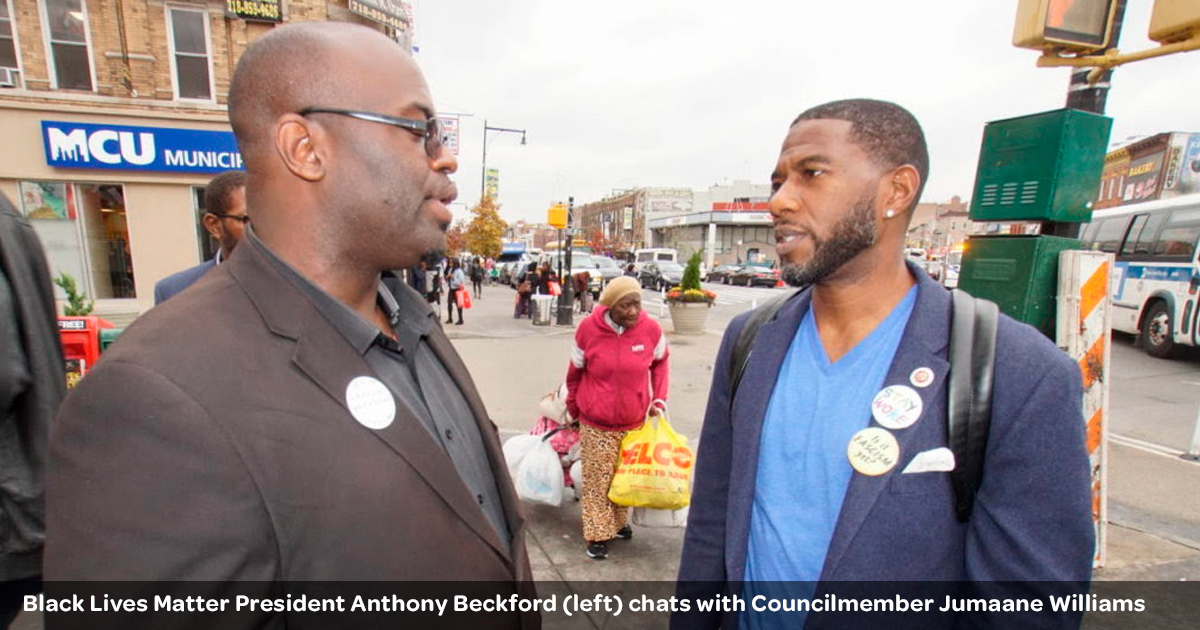 Students in New York's public schools should be taught African-American history the entire year, not just during Black History Month, according to Anthony Beckford, who is leading an effort to change the state's education laws to make teaching the curriculum mandatory.

Beckford, president and founder of Black Lives Matter Brooklyn, said improving the education system is the foundation for achieving racial equality. "It will eventually result in reducing racism," he told this newspaper on Jan. 30.

"It all starts with education. What you learn at home and what you learn in school may be the same or may be different. We have to re-educate who we are. There is a lot of racism and this counters that," he said.

Mandatory black history courses are one of the top priorities of Black Lives Matter Brooklyn members, who recently put out their legislative agenda, a list of items they would like to see become new laws. The group has met with state lawmakers in Albany to discuss its legislative goals.

Beckford, a U.S. Marine veteran who grew up in Flatbush and is a civic and political activist, formed Black Lives Matter Brooklyn in 2018. The Brooklyn group is not affiliated with the nationwide organization that sheds light on cases where unarmed black men are shot to death by police, although the local group does share many of the same goals of eradicating racism.

"I just formed this last year. We started it as a fight against police brutality but then we branched out. We can march and we can chant. But then what's next? We are working to find solutions," Beckford told this newspaper.

In addition to Black Lives Matter Brooklyn, Beckford is the leader of the Brooklyn sector of the CopWatch Patrol Unit, an organization that teaches citizens how to keep a watchful eye out for alleged police wrongdoing. Members of the unit patrol the streets and documents interactions between police and the public.

Beckford has announced his intention to run for City Council. He plans to run for the seat currently held by Democrat Jumaane Williams in the event Williams wins the special election on Feb. 26 for New York City Public Advocate. The council district includes parts of Flatbush, East Flatbush, Flatlands, Marine Park and Midwood.

The group is pushing to secure passage of a 911 anti-discrimination bill to crack down on people who call 911 to report African-Americans and other minorities who are simply going about their business, like coming home from work or seeking shelter under an awning in a rainstorm, and are not committing crimes.

Under a bill introduced last year by former state senator Jesse Hamilton, calling 911 under those circumstances would be characterized as a hate crime. The bill did not pass.

Housing justice is an important part of the group's priorities. Beckford and his members are advocating for rent rollbacks and are calling for the abolishment of the state's 421-A program under which property developers get tax breaks. The group also wants to see a limit on the amount a landlord can increase rent after a tenant moves out.

"We talk a lot about affordable housing but we have to make sure it's really affordable," Beckford said.

Beckford is also a supporter of the New York Health Act, a proposal that would create a state-sponsored, single-payer health care system.

"It's all connected to justice; education, housing, health. We can't be a leading progressive state if we don't have progressive policies," he said.