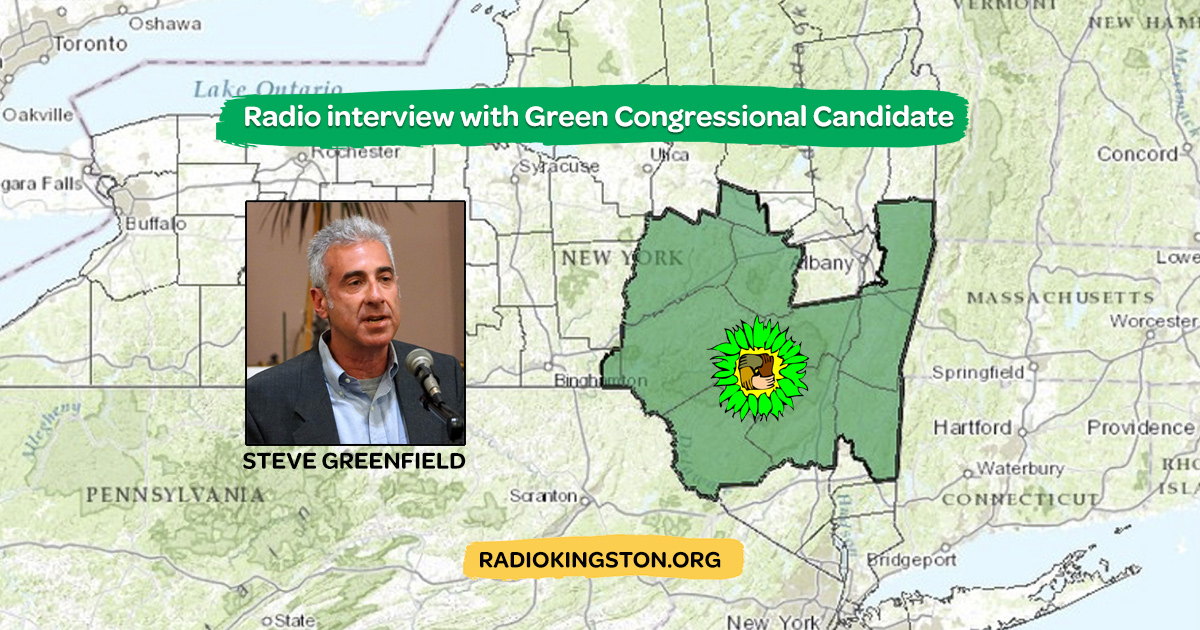 Green Party of New York Congressional Candidate Steve Greenfield will be a guest this afternoon on the Jimmy Buff Show.

Greenfield will be laying out the major themes of the campaign, making it clear why he believes this will be the most intellectually honest Congressional campaign.

Greenfield stated "Imagine, now through Election Day -- not a single word of spin or media-friendly political doublespeak, and the unvarnished truth about American economics and like you'll never see in business reports. You'll want your friends to know, whether to inform their vote here, or wherever they live, thanks to the webcast."

The interview is scheduled for Wednesday, June 30th at 3:15 PM on 1490-AM or via Radio Kingston's web stream.