The Rebellion of Stonewall, the Movement of Pride! 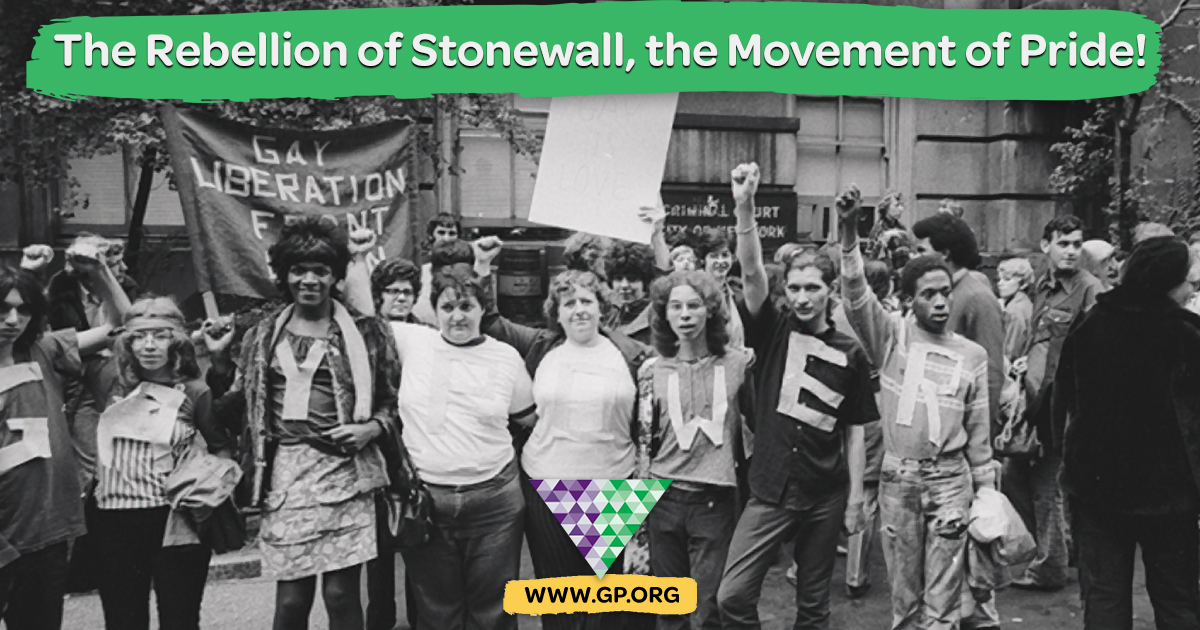 As Pride Month winds down, we remember the 52nd anniversary of the Stonewall Rebellion. That event inspired grassroots organizations that grew into a nationwide Queer Liberation Movement known as Pride.  Unlike the two Wall Street parties, the Green Party has always taken the position that we cannot compromise on issues of life or death for LGBTQIA+ (Lesbian, Gay, Bisexual, Transgender, Queer, Intersex, Asexual and other gender and romantic minority) communities.  We believe that addressing the deep issues facing LGBTQIA+ communities today requires deep solutions.

We stand for continuing the struggle for true equality in every way, including:

During the 60’s, the queer community in Greenwich Village and elsewhere were constantly subjected to police violence and intimidation, discriminatory arrests, blackmail and extortion. They also faced pervasive societal and cultural violence and homophobia as well. The Stonewall Inn attracted a particularly diverse patronage including many Black and Latinx patrons, members of the trans community, as well as many working class and homeless queer youth. Stonewall patrons not only received abuse and poor treatment from bar owners, but also faced routine arrest sweeps, intimidation and humiliation by the local police. 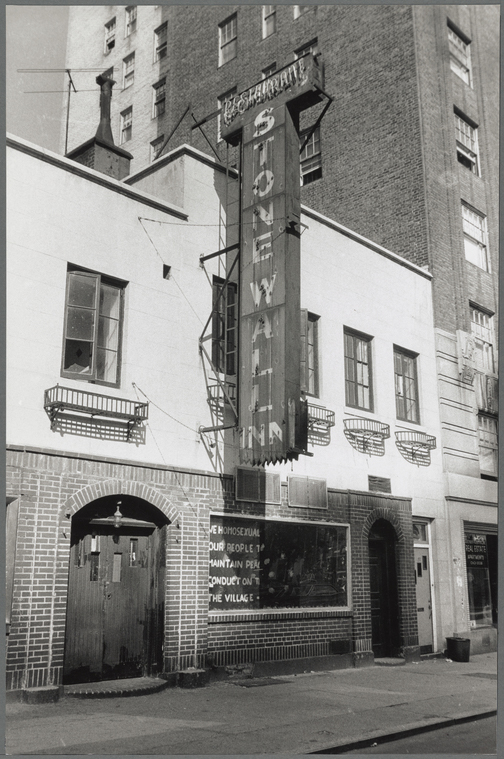 However, on June 28, 1969, during a particularly brutal police raid, the Stonewall community chose to fight back. A Stonewall patron, Stormé DeLarverie, already bleeding from a head wound while resisting the raid, was clubbed with a baton and yelled “why don’t you do something?!” to onlookers before being pushed back into a police van. The violence of her arrest and the power of her plea helped to spark a street riot which lasted for days. Within a year of Stonewall, several cities — including New York, Chicago, Los Angeles and San Francisco — celebrated the first Gay Pride marches/parades, which marked the true arrival of a national LGBTQIA+ Movement. Finally, 52 years later, In February 2021, New York repealed it’s infamous “Walking While Trans Law”.

From its earliest formation, the Green Party of the United States has been at the forefront of the Queer Liberation Movement. Seven years before same-sex marriage became legal in the state of New York, then Green Party Mayor of New Paltz, Jason West, was arrested after performing 24 same-sex marriages. At a time when both the Democrats and Republicans were silent on gay rights, Greens unwaveringly stood strong for equal legal protections and today we continue to lift up the long-overdue struggle to add sexual orientation, gender identity and expression to the existing Civil Rights Act.

No other national political party matches the Green Party's commitment to the liberation of All People, regardless of sexual orientation, gender identity, gender expression or sex.

Donate to the Green Party today so we can give our candidates and organizers the training and support needed to win that fight!

Audre Lorde said, “When a people share a common oppression, certain kinds of skills and joint defenses are developed. And if you survive, you survive because those skills and defenses have worked. When you come into conflict over other existing differences, there is a vulnerability to each other which is desperate and very deep.”

You can help us continue the struggle to support rights for ALL people with your donation of $52, or any amount. Every donation helps us continue our work.

P.S.: You can help us celebrate 52 Years of Pride every month with your sustaining donation. Click here to donate monthly!