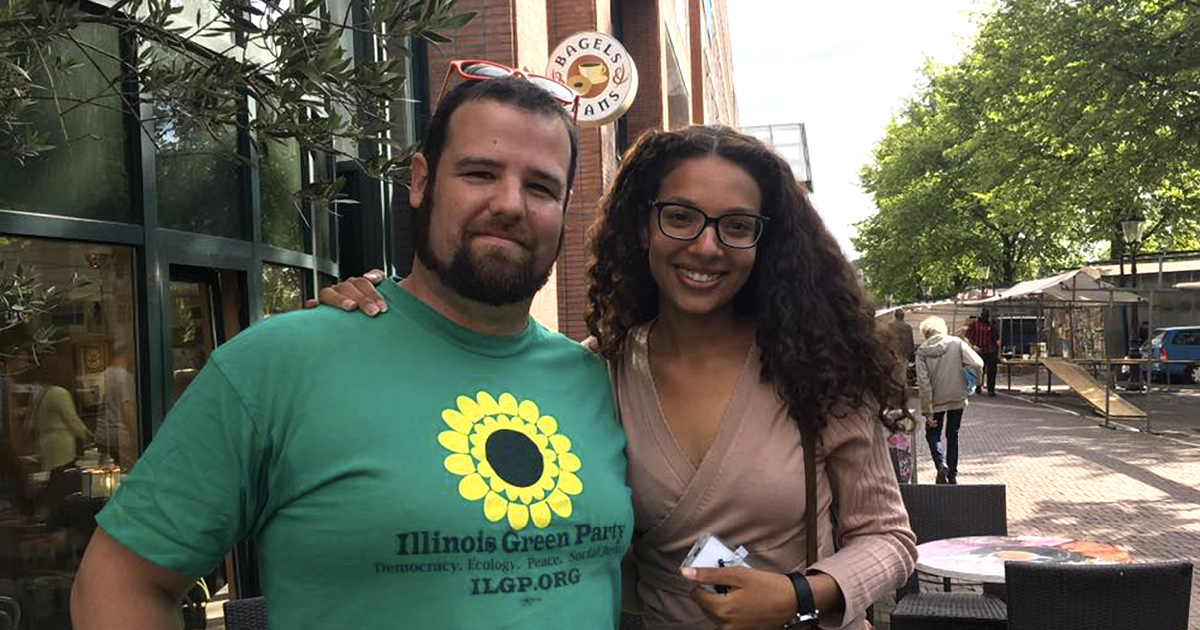 While traveling overseas I had the pleasure of meeting a Young Green City Councilor, Imane Nadif, in Amsterdam, where Greens (Groen Links) are the largest party on the council, with 10 of 45 seats, and a GreenLeft mayor! Our conversation was both inspiring and depressing, as the realities of American political repression, lack of social services, and lack of concern for climate change were shocking to someone from a nation with a multi-party system where left ideals are represented and winning.

I cannot express enough how much American Greens need to stop looking to the neoliberal German Greens and realign with the LeftGreen Movement that is flourishing in Scandinavia and Holland. Unapologetically left. Unapologetically Green. Committed to a liberated society.

What does Green ran Amsterdam mean in terms of policy? In short, they are working to build a "radical social, green and free city." Some policy highlights below.

-Ending coal and gas production and consumption for electricity.

-All taxis to be emission free (electric or hydrogen) by 2024.

(Every party in Holland, right and left, signed onto a law for massive emissions cuts to combat climate change.)

-Opposition to fracking, even though fracking isn't happening in Amsterdam, but in the surrounding countryside.

(This is the kind of solidarity and support we need to learn. We cannot just focus on local issues alone, but must support the struggles of communities outside our own.)

-Stop the sale and privatization of social housing.

(A note on sex work, Young Greens have unanimously shown up in favor of the GPUS platform amendment calling for further opening up of sex work. Call your state delegates ASAP and urge them to vote yes on Amendment 912!

-Improvements to the universal healthcare system. (Imane, like many who live in universal systems is appalled at the US system.)

-Support multicultural education that is honest about the nations history of colonialism, slave trade, and war crimes.

Read more of about the LeftGreen platform.