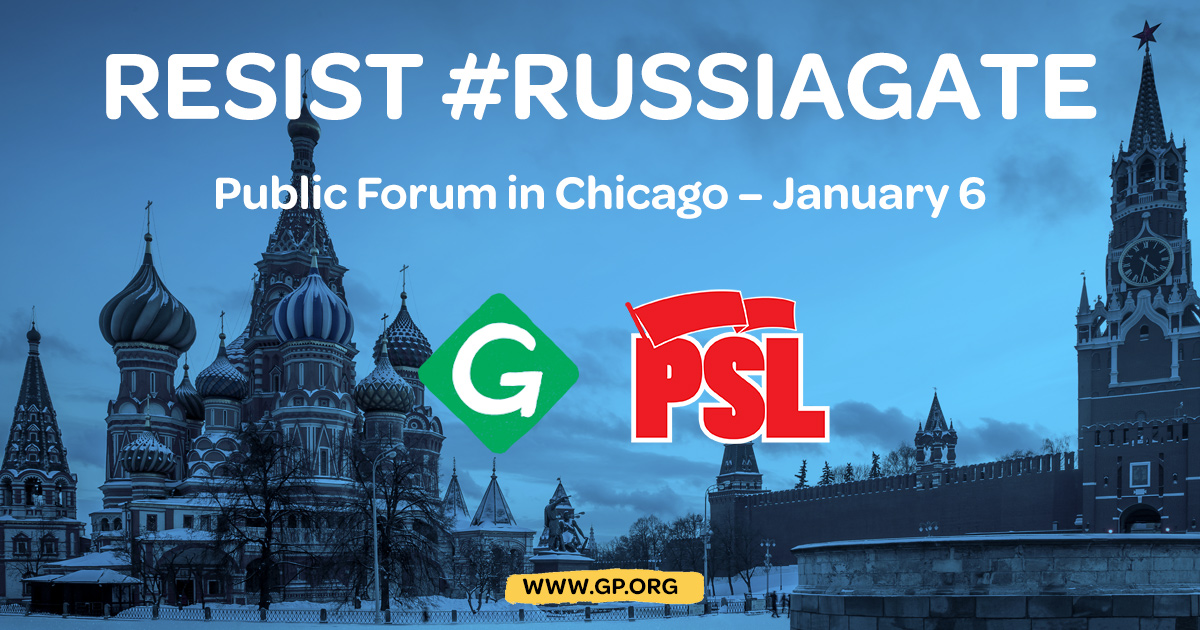 The FBI is not your friend!

As the anti-Russia witch hunt takes a sharper turn on the left and continues to target progressive voices like Jill Stein; as the media and the state's campaign of misinformation whips up the country for aggression and war, it is very important for people to stand together and resist the new "Cold War" and McCarthyism.

We must target Trump's racism, warmongering and bigotry and resist the FBI/CIA/NSA witch hunt that has as a goal the pacification of the population and the stifling of descent.

The people demand peace, not war! We will defend progressive third parties, BLM, Water Protectors and all revolutionaries and progressives from the FBI attack!

$5 Donation. Social after the meeting with Beer and Wine for a small donation.

Join us for speakers, discussion and solidarity!