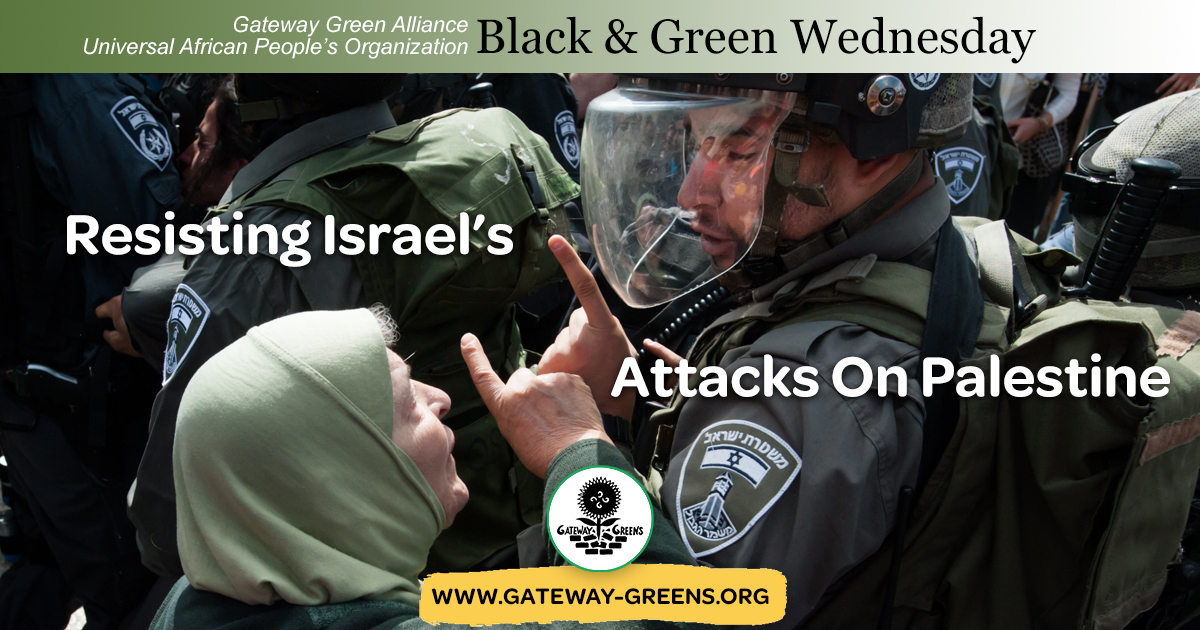 The ugly truth of what is happening to Palestinians in the West Bank and Gaza has been effectively hidden by media silence. Israelis don’t want to look and the West doesn’t know. The Israeli Defense Force (IDF) and police protect and reinforce attacks by “settlers” which are increasingly vicious and frequent. Israeli courts, police and settlers have worked with the IDF and Civil Administration for de facto annexation of most of the West Bank. What is happening to Palestinians exemplifies colonialism throughout the world.

Registration details: The webinar is NO COST, but … you need to REGISTER to attend.

Click HERE to Register for Webinar or copy link into your browser:
https://us06web.zoom.us/meeting/register/tZUod-GurzkpHtGy08Z9Cl1R5E3Ll_O-ZO7e

Zaki Baruti is President/General of the Universal African Peoples Organization and was the 2000 Green Party Candidate for Missouri Governor. He has been a TV host, radio host and a decades-long leader in St. Louis area struggles against police violence. He publishes the African Newsworld and is a retired educator and author of educational booklets.

Bob Suberi, the son of immigrants from Jerusalem, is a dual citizen of the U.S. and Israel, a Vietnam War veteran and a member of the Green Party of St. Louis. He spent three months living in a Palestinian village from March to June, 2021. He is currently active in Veterans For Peace, Friends of Bethlehem St. Louis, and the Center for Jewish Non-Violence.

Awdah Hathaleen, a Palestinian activist in Umm Al Khair, South Hebron Hills, is a victim of house demolition and organized rebuilding a community center demolished twice. He is an English teacher and the inspiration behind a village library and a campaign to educate preschoolers. He assists Palestinians who are forced to work and sometimes sleep far from where they live.

Yonatan Shapira is a former Israeli captain and Air Force pilot. He was one of the organizers of a 2003 letter signed by 27 Air Force pilots who refused to participate in Israeli military operations against Palestinians. Shapira has also signed onto the internal Israeli movement for Boycott, Divestment and Sanctions (BDS) known as “Boycott from Within.”

Madelyn Hoffman has been a lifelong activist for peace/environmental justice and is Professor of Political Science and Public Speaking. She is the 2021 NJ Green Party Candidate for Governor and Co-chair of the Green Party Peace Action Committee.