Proposal 49: End to War Profiteers and Corporate Invasion of Iraq 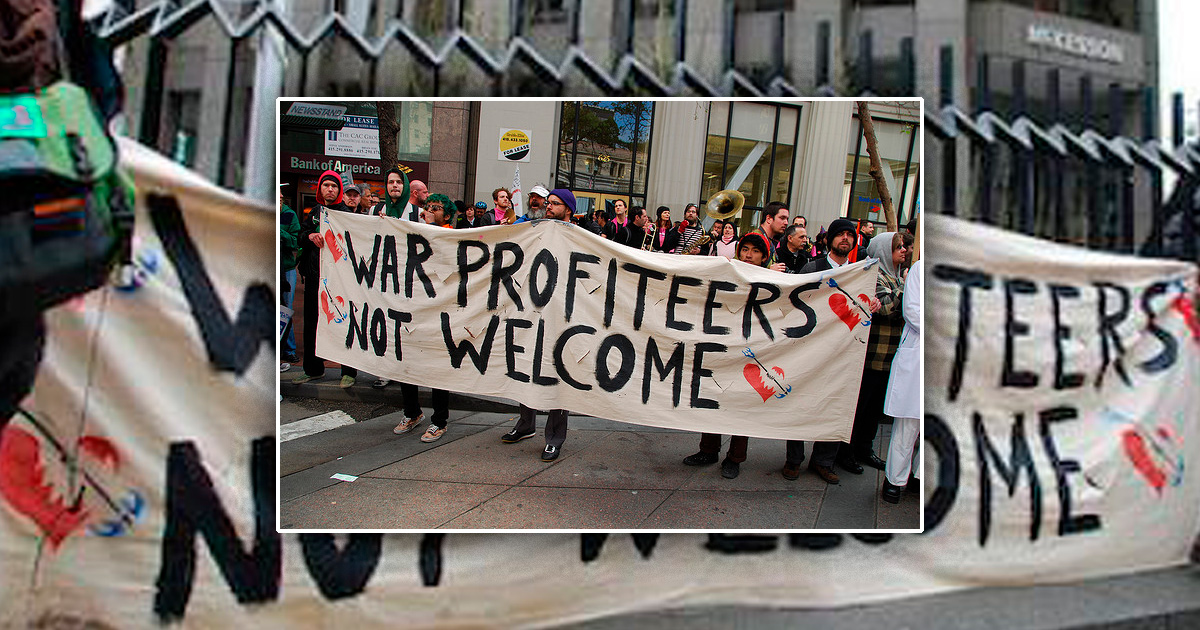 Endorse the call by the Institute of Southern Studies to stop the war profiteers and end the corporate invasion of Iraq.

Today, a handful of well connected US corporations- many with scandal ridden business records, are making billions in profits off the suffering of war, and pushing, with the aid of the US military, a destructive plan for privatization.

Many of these big corporations exert undue influence in US politics, making big contributions to pro war politicians who reward them with huge military contracts. Powerful multinational businesses are also leading a corporate invasion of Iraq with aims to loot the oil, water, and other resources that belong to the people.

We Can Stop the War Profiteers and Looters

The Green Party of the United States will endorse and join the growing movement demanding an end to U.S.-led war profiteering and corporate looting of Iraqs wealth and resources.

We call on Congress to curb war profiteering through an excess profits tax: During the Civil War, World War I, World War II, and the Korean War, the U.S. government instituted an excess profits tax to ensure companies didnt profit off death and destruction. The Berkeley city council recently passed a resolution urging Congress to introduce legislation calling for a high percentage tax on all excess profits on every contract dealing with U.S. military action in Iraq and/or the rebuilding of Iraq.

We call for an end to the corporate take-over and selling-off of Iraqs industry and resources, and demand that they be returned immediately to the Iraqi people. The wealth of Iraq belongs to the people of Iraq - not multinational corporations. Control of Iraq and its resources must be returned to the people.