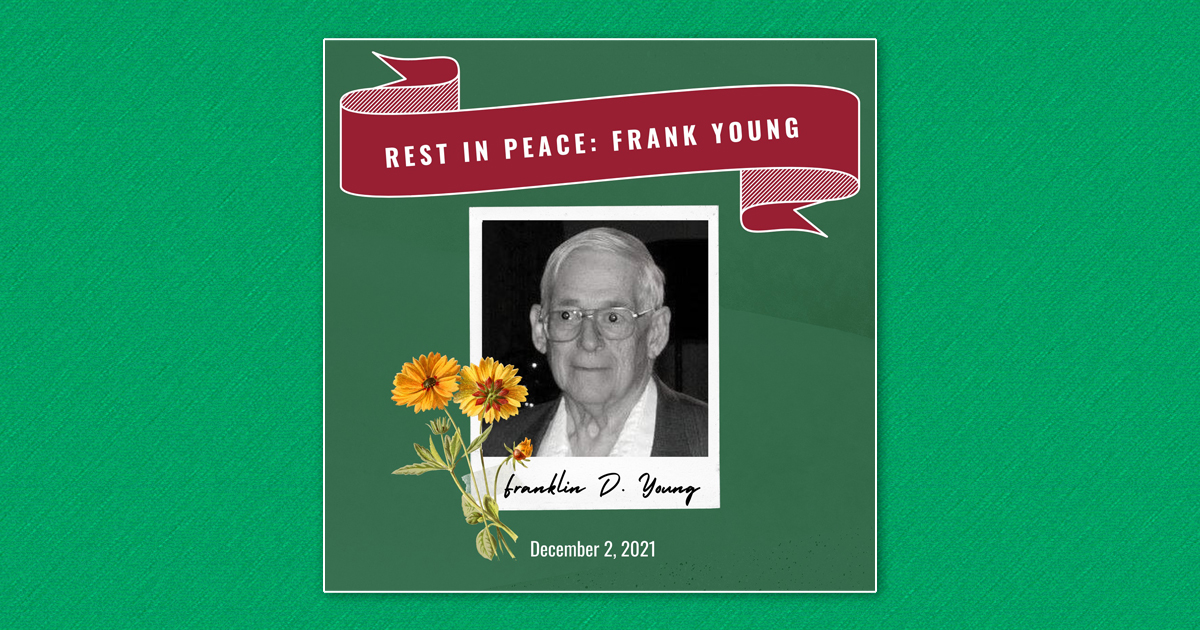 Environmental Justice activist and Vice Chair of the Mountain Party Frank Young passed away yesterday on December 2, 2021. "Frank was a friend and mentor. His commitment to the environment and progressive politics will not be forgotten. He will be sorely missed," said Denise Binion, Mountain Party Chair.

Frank Young was born at Tuppers Creek in Kanawha County and was a graduate of West Virginia State University in the 1960s. For 23 years, he owned the Red Barn Tire and Wrecker Service near Ripley, West Virginia where he resided for the remainder of his life.

Frank dedicated many decades of his life to environmental causes and initiatives. He was instrumental in establishing recycling in Jackson County, where he was a Recycling Program Manager of the solid waste authority for 27 years.

Frank provided a wealth of knowledge about and historical perspective on West Virginia politics, election law, finance and environmental issues. Alongside his work with the Mountain Party, Frank was a board member of both the WV Highlands Conservancy and the WV Environmental Council.

Frank was a member of the Unitarian/Universalist community in the Charleston area. He is survived by his wife Rebecca of over 54 years and their three children, eight grandchildren, and one great-granddaughter. He is also survived by five siblings.