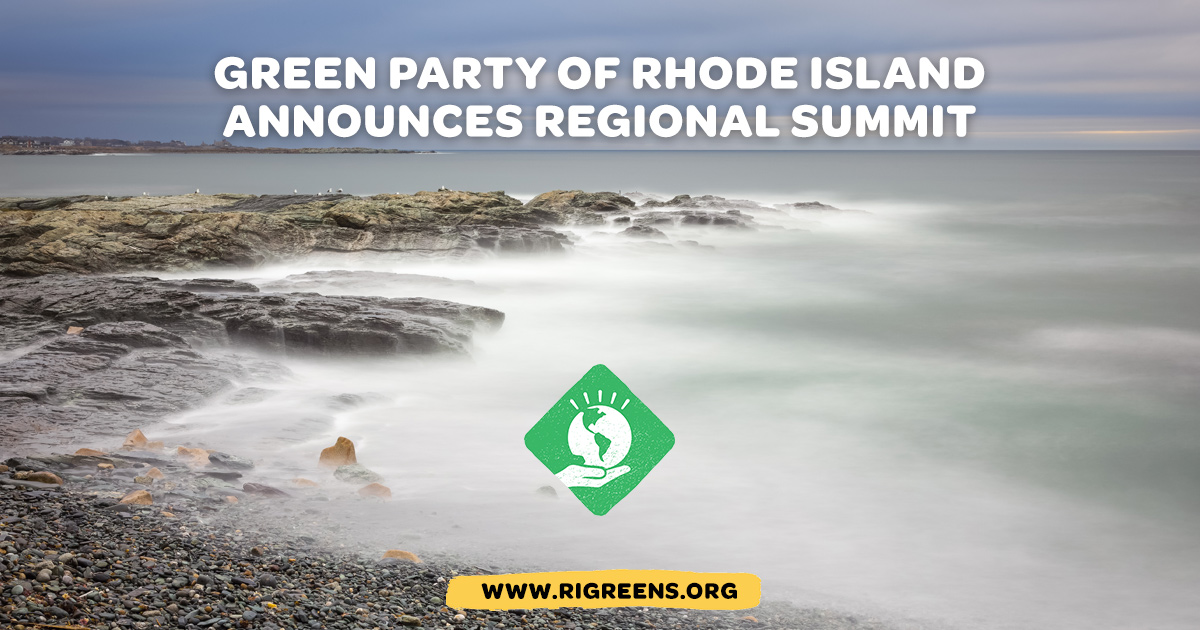 The Green Party of Rhode Island has been active for 25 years, running candidates for office and agitating on a number of issues in Rhode Island politics. Now we will mark this anniversary with a celebration and regional summit this fall to bring together Greens and progressives from across New England to plan and build our future efforts.

With a duopoly system that is still dysfunctional almost a year after the election and a White House that is engaging in an obvious 'shock-and-awe' publicity campaign strategy, the Left in New England needs to come together to build and develop a strategy for 2018 but also 2019, 2020, and beyond. The best defense against both neoliberalism stemming from the Democrats and neofascism fostered by Trump and his base which targets frontline communities, is a proper offense. This means we cannot and should not pass up the opportunity to build on the municipal, state, and regional level. Rhode Island was home to one of the early American Green Parties and so it is only right to take inspiration from this progressive heritage to move forward boldly into the future with a political party for the 99%.

What would a New England Regional Summit look like?

In the most ideal and maximized situation, the day would start in the morning and run until evening sometime in October in Providence. It would be divided into a few blocks, lasting an hour each. Each would feature a session headline speaker that opens with an address. Then we would offer break-out workshops and panel sessions on a variety of Green topics. The remainder of time would be used for networking and socializing. This gathering would have the capacity to develop strategy around which political campaigns to run in 2018, policy to be pursued as a progressive community in the coming year, and even the opportunity to propose a Green New Deal for our state that would put people to work across Rhode Island while not building 'all pollution and no solution' fossil fuel infrastructure in Providence and Burrillville.

But for this to happen, the Green Party of Rhode Island would need to begin by getting a tally of who is interested in attending. Greens and Green voters from across Rhode Island, New England, or even the entire United States are invited to visit https://greensofri.nationbuilder.com/25th-anniv-signup to register their preliminary interest in this event. At a minimum, we will mark the anniversary with a celebration amongst Rhode Island Greens and friends.

Headline speakers are currently being approached for availability. But this will only happen if we have Greens and Green voters willing to attend. For a Green Future!