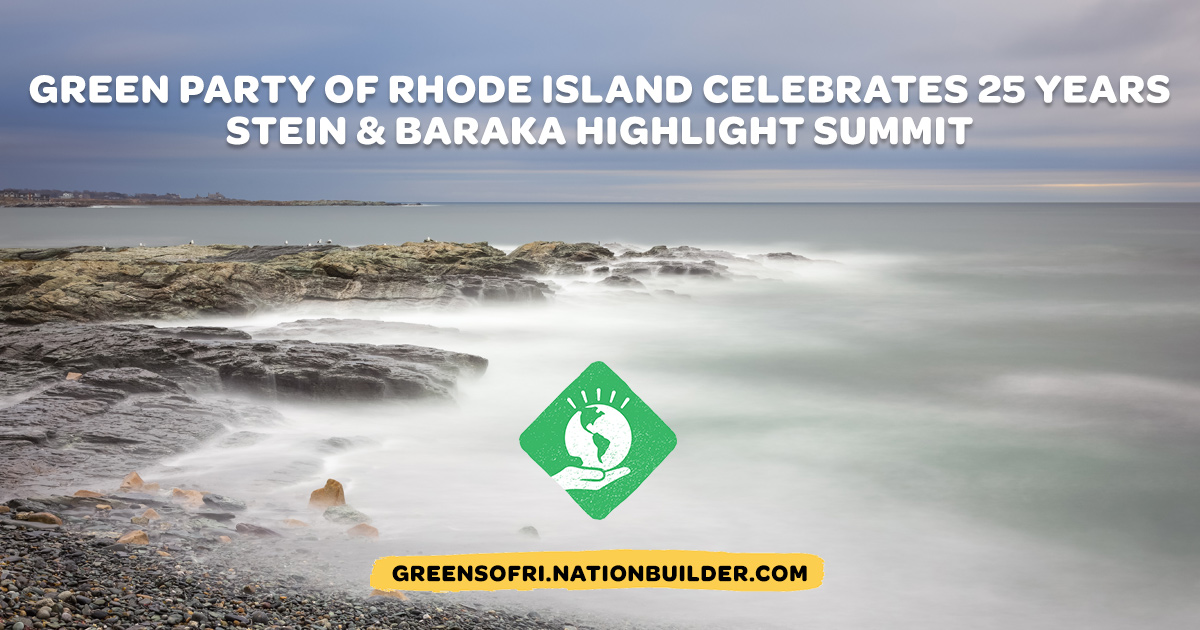 The Green Party of Rhode Island, one of the oldest in America, is pleased to announce it will be holding its 25th Anniversary Celebration and New England Regional Summit on December 2, 2017 from 1:00 – 5:00 pm at Bell Street Chapel in Providence. Keynote speakers Dr. Jill Stein and Mr. Ajamu Baraka, the 2016 presidential and vice-presidential nominees, will appear as will local activists the Party has chosen for recognition in thanks for their important efforts over the years. Tickets are now on sale for $10 each. Greens and Green voters from across the state, region, and nation are welcomed to this historic summit.

"In these days of unprecedented crisis and resistance, I'm thankful to all of you who keep building the unstoppable movement for an America, and a world, that works for all of us," said Dr. Stein. "It is now clearer than ever that the Democratic Party has learned no lessons from its catastrophic defeat. To build an America that works for all of us, we urgently need to build a progressive alternative that is independent of both parties of war and Wall Street."

"There was never any illusion by our campaign that the struggle to build an independent democratic opposition would end on Election Day," said Mr. Baraka, lead organizer of the Black Alliance for Peace and an editor/columnist with Black Agenda Report. "Today we continue that historic task as though our lives depend on it, because it does."

With a political system that continues to exhibit dysfunction over a year after Election Day, the event is intended as a place where Greens from across New England and America can gather and celebrate while planning for 2018. The Convening Principles of the Summit are:

There will be childcare provided and refreshments served during the day. Bell Street Chapel as a venue offers accessibility for the differently abled via stair chair lift and further accommodations can be made on request. Press passes for the event will be issued through Mr. Glen Bennett.