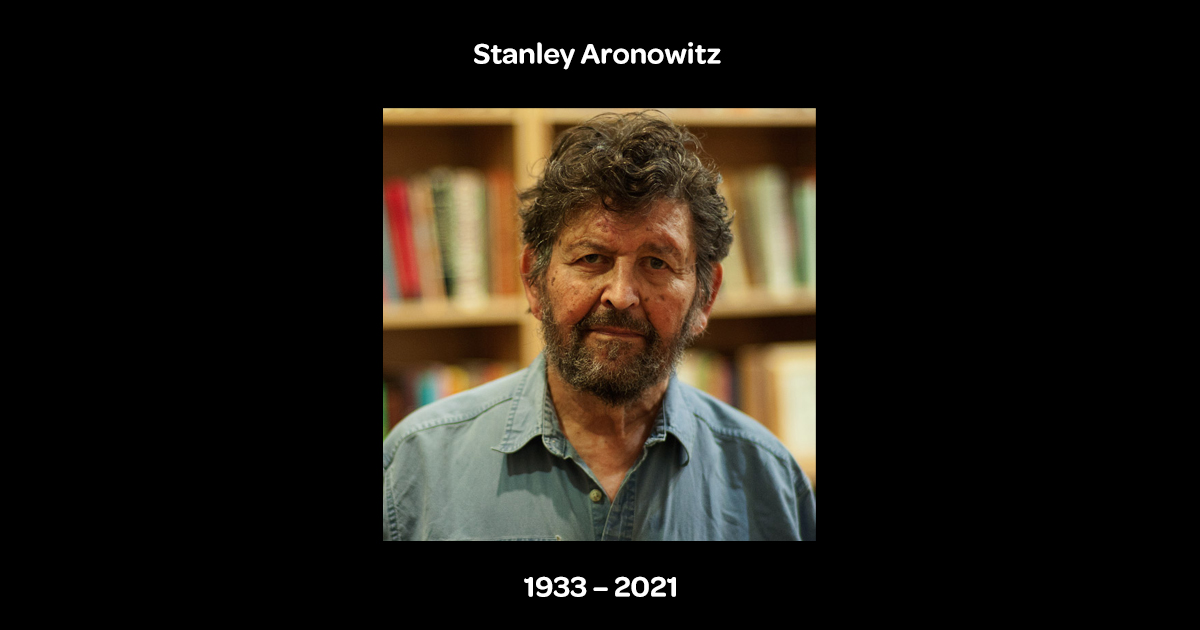 In 2002, Stanley Aronowitz led efforts to maintain the official ballot status of the Green Party in New York and ran for governor on that ticket the same year. He ran a grass roots campaign based on a radical democratic program that combined opposition to corporate power and plutocratic government with commitment to sustainability, racial equality, feminism, gay liberation and individual freedom.

His campaign finished in 5th place, receiving 41,797 votes (.89%). He was also an active trade unionist and a member of the executive council of his university's union, the Professional Staff Congress. Aronowitz was a proponent of a reduced work week, among other strategies for improving everyday life, and works actively with the Basic Income Earth Network toward the furtherance of such goals.