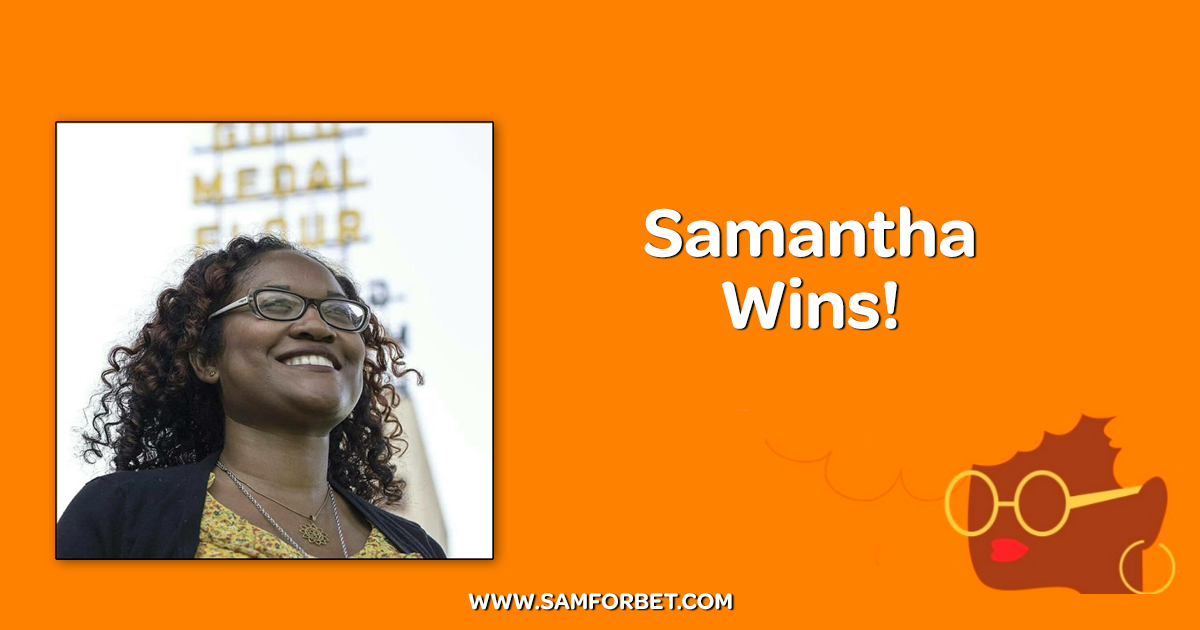 MINNEAPOLIS – The Green Party of Minnesota endorsed candidate Samantha Pree Stinson made history by becoming the first Black & Latino woman elected to the Minneapolis Board of Estimation and Taxation. Ms. Stinson went live after the election to talk about this victorious moment. To hear her speak more about it: Samantha speaks after the history-making election

The Green Party of Minnesota would like to thank Jennifer McPherson and Kati Medford who both ran great campaigns.

Cam Gordon co-founder of the Minnesota Green Party has been a champion of Green issues as an elected official on the Minneapolis city council since 2006. From leading the effort to ban plastic bags, or more recently working on and leading the way on the Towerside Aquifer Thermal District Energy System to reimagining public safety in Minneapolis. Cam Gordon has been a revolutionary Green elected official on the Minneapolis city council and we are proud of all of his accomplishments and look forward to more.

On October 17th Co-Founder and lead organizer of BLM, Minnesota car was torched and set on fire. This happened around 11 pm after his radio show, the Trahern Crews show on 94.1fm Frogtown Tuned in radio Car Torched