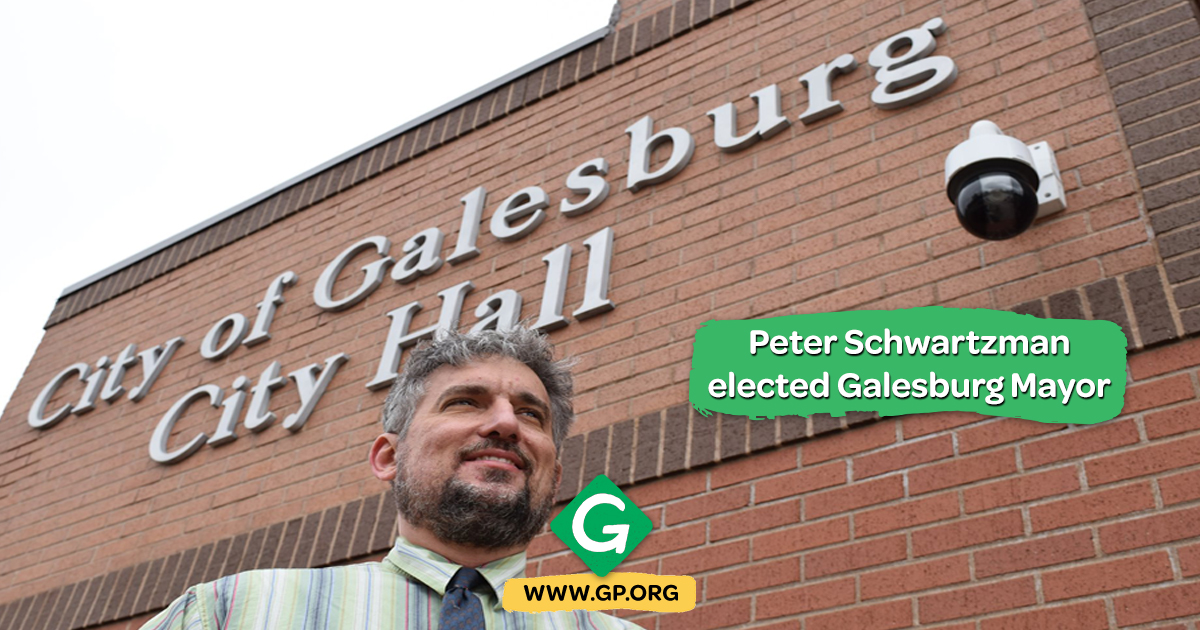 Standing on the corner of Prairie and Main streets, Schwartzman's supporters erupted into cheers, with his daughters jumping up and down when they heard the news. "It’s pretty surreal. It’s been a hard-fought race," Schwartzman said.

The Register-Mail
By Jane Carlson
April 6, 2021

Schwartzman, Ward 5 alderman since 2011, is professor of environmental studies at Knox College, where he has taught since 1998.

The mayor-elect said he walked Galesburg campaigning for the last 38 days and met people all over the city.

“I put everything I had into it,” Schwartzman said. “They realized I was genuine and they wanted a genuine politician.”

Pritchard served two terms as Galesburg mayor, defeating incumbent Sal Garza in 2013 with 53% of the vote and challenger Walter McAllister in 2017 with 57% of the vote. Pritchard lost 1,035 votes, 40% of his support, from the last mayoral election when he defeated McAllister.

In his campaign, Pritchard touted his proven experience and his work in economic development, including strengthening the downtown and revitalizing the manufacturing base.

“I’ve considered it a privilege and honor to serve as mayor and wish all the winners tonight well,” Pritchard said.

Galesburg native and political newcomer Crow focused on leadership, accountability, trust and transparency in her campaign, hoping to alleviate the issues that hold Galesburg back.

With no previous political or municipal experience, Crow said she was humbled by the support she received in her campaign.

“I wish the new mayor the best of luck,” she said.

A fourth candidate, Jaclyn Smith-Esters, dropped out of the race in March and endorsed Schwartzman.