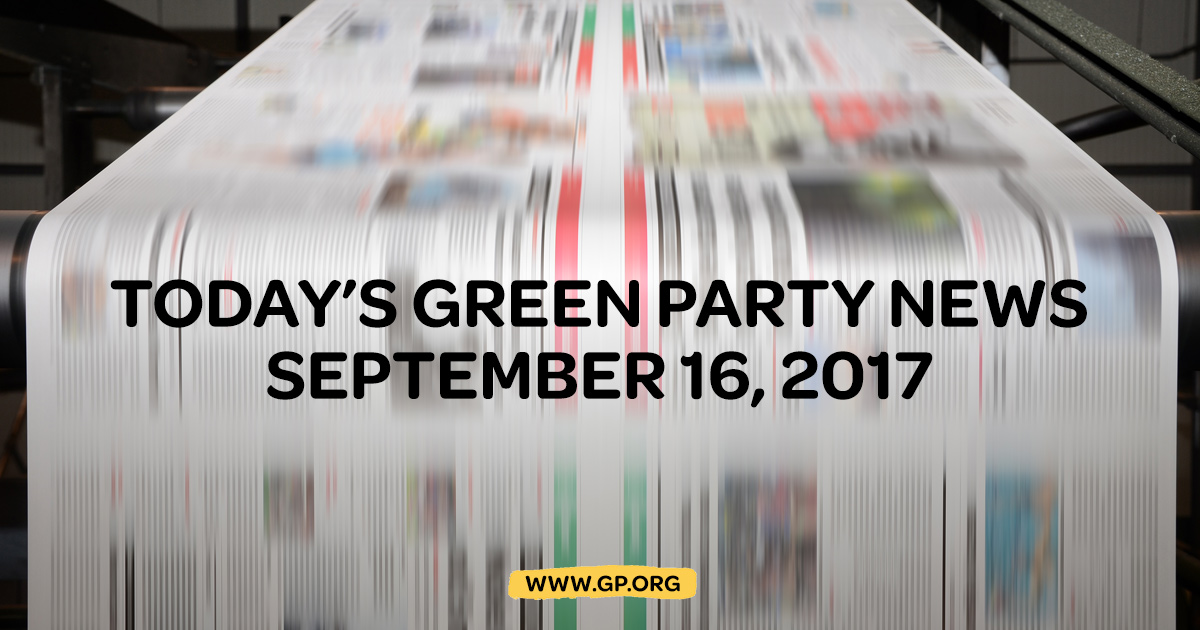 Blue Hill, ME
Lynne Williams will speak at public forum on retail marijuana.

Memphis, TN
Aaron Fowles, co-chair of the Green Party of Tennessee, quoted on climate change. "Humanity has contributed significantly to climate change by releasing significant amounts of carbon dioxide into the atmosphere ... primarily by burning fossil fuels. "The resultant warming has severe consequences, including but not limited to the increase in quantity of severity of hurricanes and other storms."

Philadelphia, PA
More on Cheri Honkala's federal lawsuit calling for a new election. "We have alleged pervasive fraud, serious constitutional violations under the 1st and 14th amendments and we have asked for a new election," said Honkala's attorney Sam Stretton.