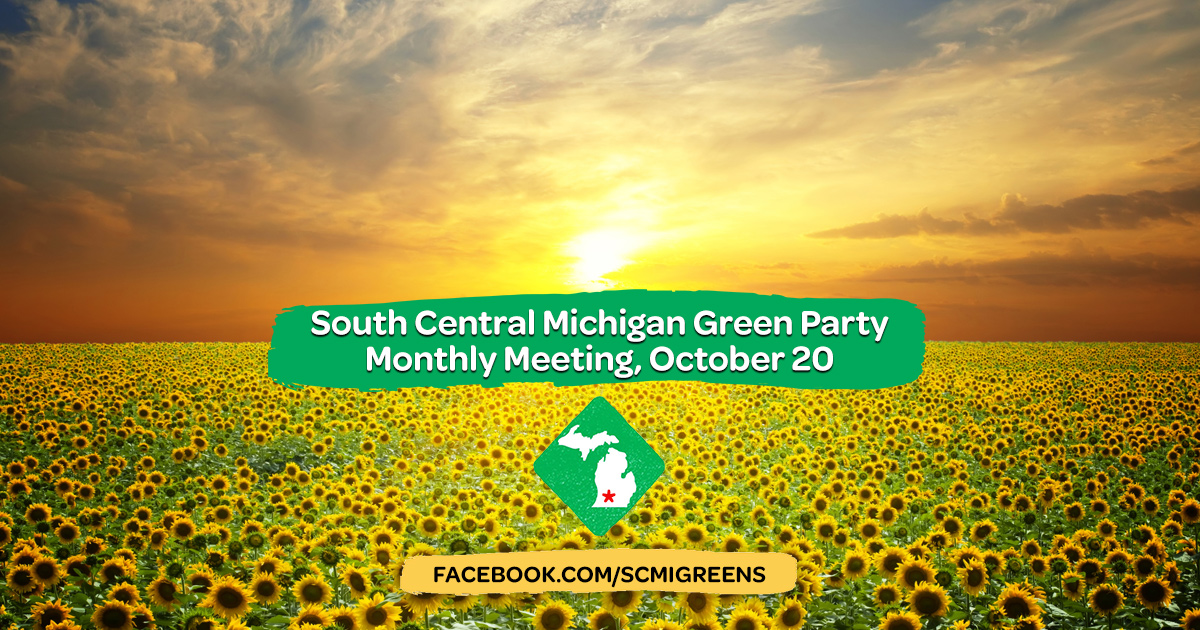 La Pietra, the Green candidate for 63rd District State Representative, has also been asked to host another Labor History Walk for some area exchange students on the 20th (which will be the 92nd anniversary of the death of labor leader Eugene V. Debs).

The walk will start at 4:00 pm across from the VFW Hall at 800 East Michigan Avenue in Marshall, where there are monuments to the 1863 founding of the Brotherhood of Locomotive Engineers and to the 1847 Crosswhite Incident where townspeople defended an escaped slave family from agents of their former owners. It will go through downtown Marshall to the spot where the union founder's house now stands on Hanover and Linden Streets.

The local serves Calhoun, Hillsdale, and Jackson Counties. "We're also reaching out to anyone in Kalamazoo County who's interested in Green Party values, in case they'd like to join us -- or start up a local of their own," noted La Pietra. The 63rd District touches parts of Kalamazoo and Calhoun Counties.

A map of the location is available at:
http://www.experiencejackson.com/business/jackson-coffee-co.-downtown

The route of the Labor History Walk is posted at:
https://goo.gl/maps/6hWem5RLf682

And a map of the 63rd District can be seen at:
http://house.michigan.gov/MHRPublic/2012DistrictMaps/063.pdf

For more details and news about the local, please visit its Facebook page:
https://www.facebook.com/SCMiGreens/