And Speaking of American Exceptionalism — Happy Labor Day, in Pictures! 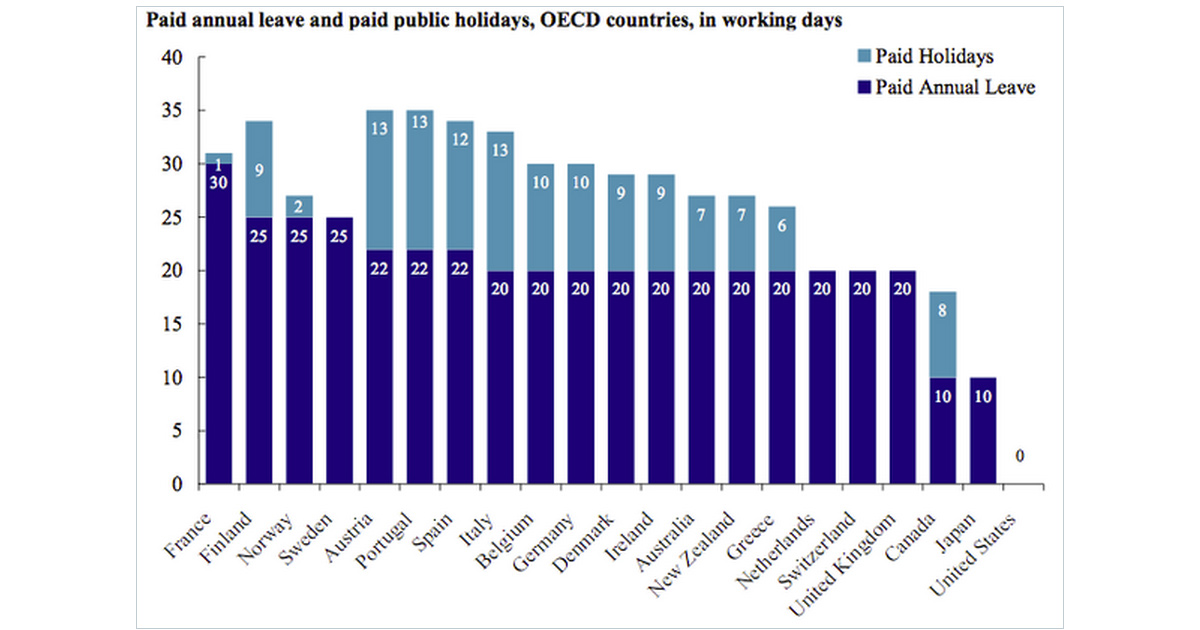 Oh, and then there’s health-care quality, reflecting the fact that we are the only industrialized nation whose government does not provide or ensure universal health care. As a report by the Commonwealth Fund summarizes:

“Despite having the most expensive health care, the United States ranks last overall among the 11 countries on measures of health system equity, access, administrative efficiency, care delivery, and health care outcomes. While there is room for improvement in every country, the U.S. has the highest costs and lowest overall performance of the nations in the study, which included Australia, Canada, France, Germany, the Netherlands, New Zealand, Norway, Sweden, Switzerland, and the United Kingdom. The U.S. spent $9,364 per person on health care in 2016, compared to $4,094 in the U.K., which ranked first on performance overall.”

But of course, there is one category in which we’re number one! This is a couple of years old; it’s gotten worse since then:

Too bad it tends to pretty much rob us of the ability to pay for free higher education, universal health care, clean energy, modernizing our infrastructure, etc.

And while military spending does create jobs, it actually creates fewer jobs than the same tax dollars spent on just about anything else — so, in effect, it is actually a net loss to the American worker:

Think American workers are getting the shaft from these policies? So do I. These are among the reasons why I belong to a revolutionary labor union, the Industrial Workers of the World. These are among the reasons why I would never vote for the Congressional candidates of either of the two corporate parties, because both Democrats and Republicans are jointly responsible for this deplorable state of affairs. I instead support Green Party candidates, like Randy Auxier, in Southern Illinois, who understand that fundamental changes are needed if working people are to enjoy the benefits of their tremendous productivity, instead of seeing most of the fruits of their labor enrich the wealthy few. So here’s a final thought for this Labor Day:

Rich Whitney is an attorney, disk jockey, environmental and peace activist, and current Green Party candidate for County Board in Jackson County, Illinois.
Do you like this post?
Tweet