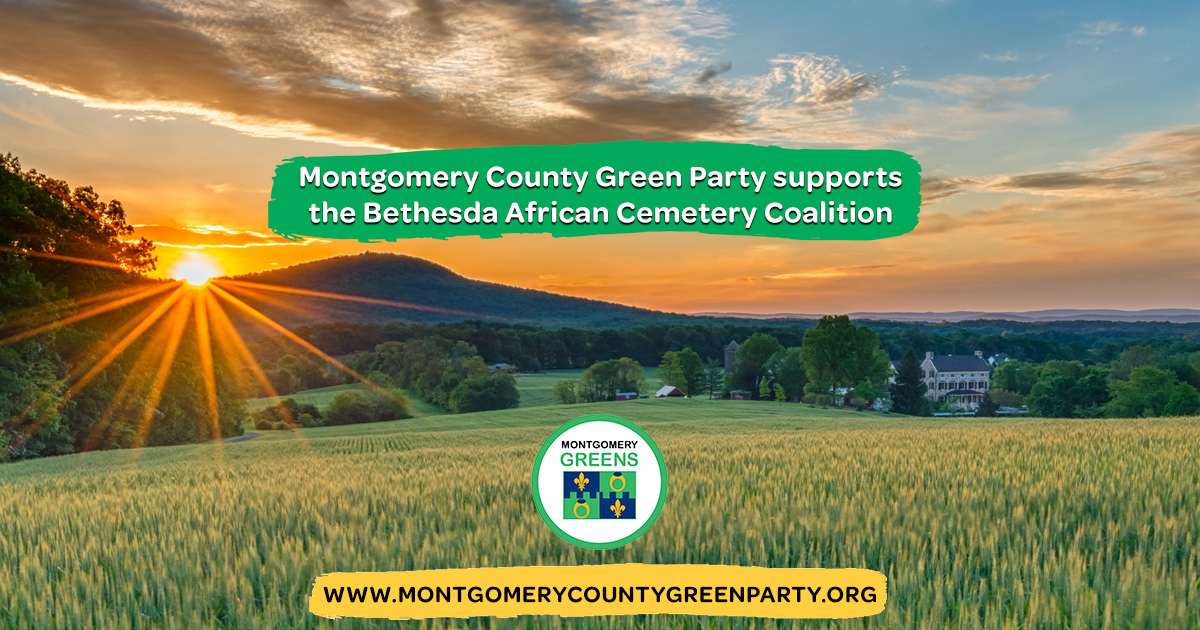 Kensington, MD Jan 10, 2019 — Two Green Party activists were arrested on Wednesday in an act of civil disobedience at the Housing Opportunities Commission in Kensington, MD. The Housing Opportunities Commission (HOC) owns a parcel of land in Bethesda where a historic African American cemetery was covered over by a parking lot in the 1960s. The HOC, after initially agreeing to meet with the Cemetery Coalition and the Regency Centers Corporation that is planning the redevelopment of the Westbard area of Bethesda, abruptly backed out of their agreement and has refused any communication with the Coalition.

Montgomery County Green Party co-chair, Tim Willard, expressed the Party's "dismay that even in this day our authorities can delay, deny and obfuscate, refusing to meet with the broad coalition that has formed to right this historical injustice."

Former co-chair Mary Rooker told supporters that "We stand with these ancestors; we will ensure that their memory and their lives are honored and not forgotten."

Both Willard and Rooker were cited for disorderly conduct along with with Marsha Coleman-Adebayo, chair of the Macedonia Baptist Church's Social Justice Ministry, who declared the demonstration "an act of conscience", and Lynn Pekkanen, a long time activist with the Coalition. Around 50 other supporters also packed the meeting, sang and chanted in support.

The Coalition vowed to return in February during Black History Month.