Which state-wide action should the Missouri Green Party have? 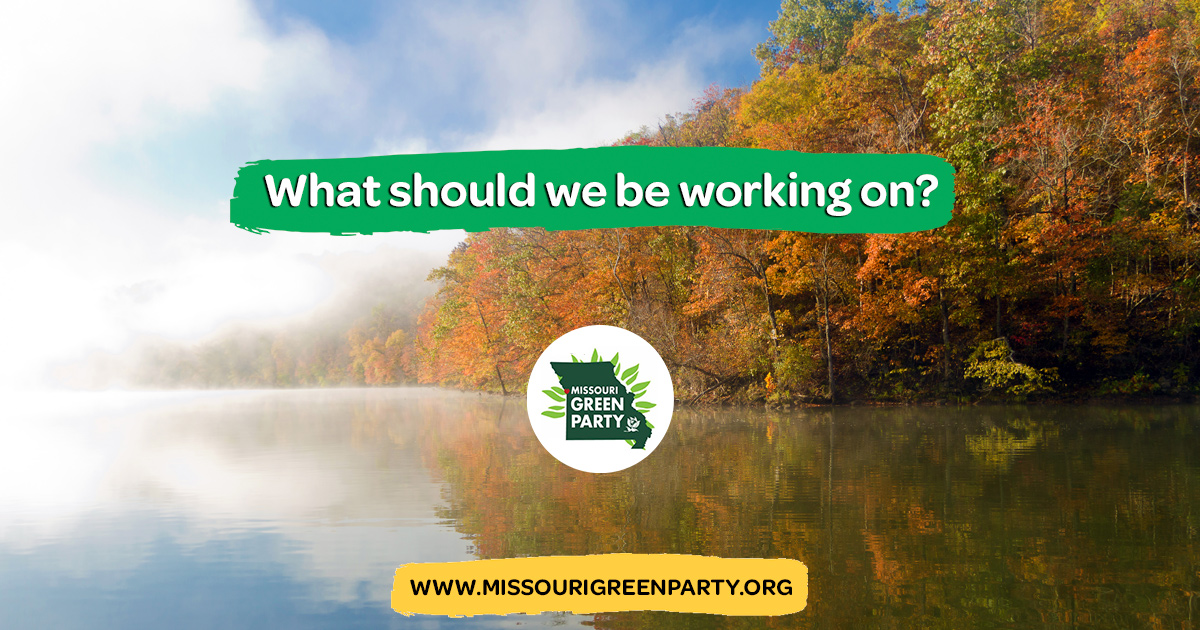 The Missouri Green Party Coordinating Committee has been discussing a statewide action that party chapters will work on this spring. We need to know your preferences. Potential issues have been narrowed down to four. Please read a description of each below and email this back to  [email protected] BY MONDAY MARCH 11 with your preferences RANK ORDERED as follows:

Explanations of each are below.

Fight CAFOs/Industrial Hog Farms
These Concentrated Animal Feeding Operations are an environmental and ethical disaster that is often forced on communities by so-called small government Republicans in the legislature.

Fight Charter School Expansion
Charter Schools are an attack on teacher's unions, among other things. We could fight a current bill working its way through the legislature to allow charter schools in other towns besides St. Louis and Kansas City.

Join Climate Extinction Rebellion Demonstrations
We could join events during a national week of action and civil disobedience planned for April 15-22 to force lawmakers to take the drastic action needed to address climate change. Read more about the Extinction Rebellion's demands.

A poll was previously sent out by the Missouri Green Party which did not reach some members. If you already voted in that poll, please let me know so your vote will not be counted twice.