Statement on the Shootings in El Paso Texas 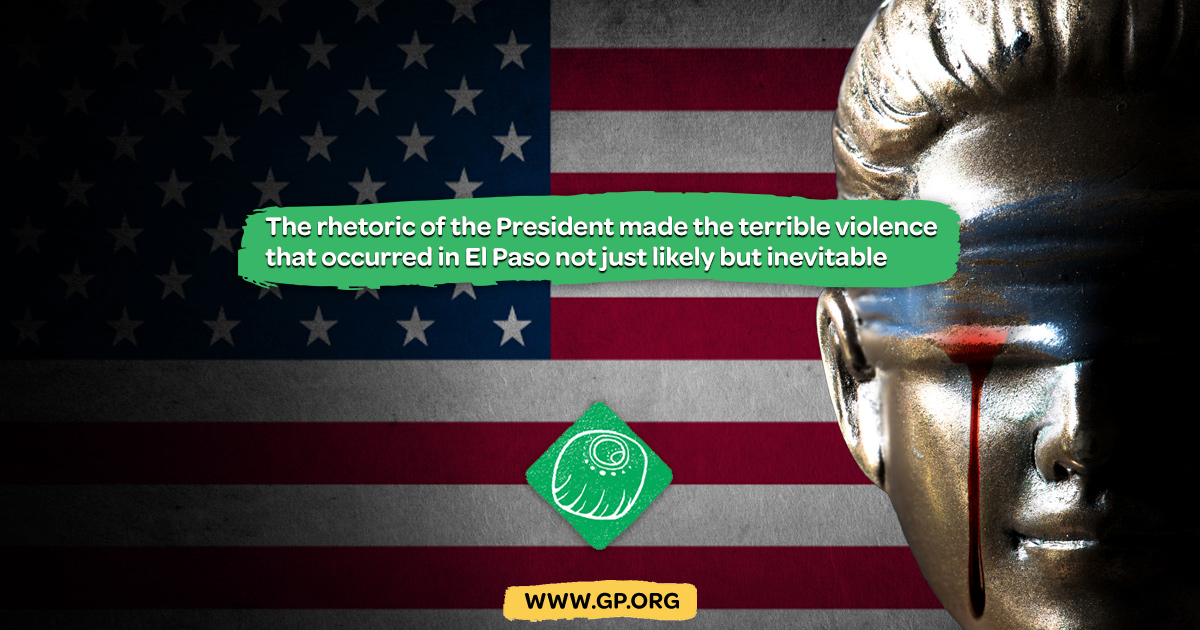 The Latinx Caucus of the Green Party expresses our deepest sympathy to the victims of the deplorable shooting in El Paso Texas and their families.

This shooting, yet another senseless act of violence that is part of an ongoing epidemic of gun violence, was focused towards Latinx who have repeatedly been vilified by President Donald Trump. The rhetoric of the President made the terrible violence that occurred in El Paso not just likely but inevitable. This was the inevitable result of a relentless dehumanizing of Latinx including those seeking safety at our southern border, those seeking to rebuild and strengthen their communities in Puerto Rico, and those seeking to share in the "American Dream" through fair access to education and jobs.

It is reported that the shooter, who like most mass shooters in the US is a young white male, stated that he "wanted to kill as many Mexicans as possible". Not surprising when the leader of the free world refers to Mexican immigrants as "rapists and murders" that eventually some weak minded bigot would act on the Presidents words. This heinous attack was a culmination of a mindset that pulls children away from their parents and puts them in cages. The rhetoric and blatant racism of the Trump administration puts an accurate face to the repugnant immigration policies of successive US administrations.

Each Senator and Congress Person must also take responsibility for the continued American carnage. Both Democrats and Republicans in Congress allow the NRA to dictate gun policy. In other words, politicians are trading the lives of our children for campaign contributions from the gun lobby. Congress must step up and institute comprehensive background checks and gun control. Congress must also put an end to racist US immigration policies and institute common sense immigration reform that respects and protects asylum seekers, allows workers to cross the border and return to their home countries as they choose, and provides a path to citizenship for Dreamers.