Complying with Senate Committee request, Stein urges safeguarding elections from interference - while cautioning against the targeting of political opposition. 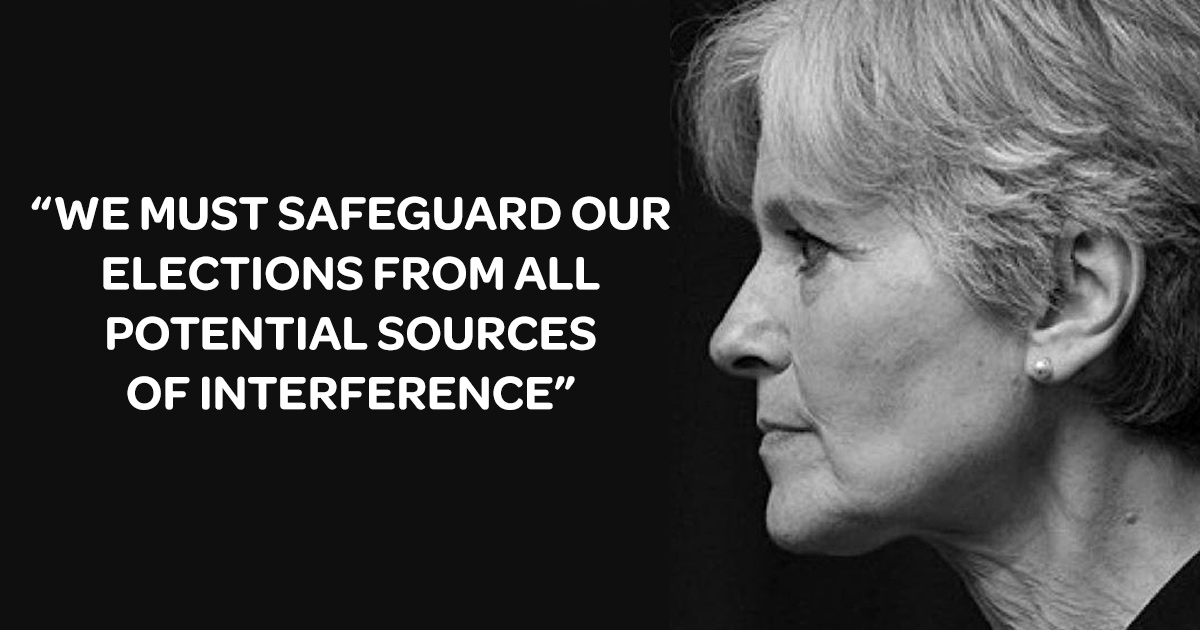 Responding to a Senate Select Committee on Intelligence request for documents pertaining to interference in the 2016 election, former Green Party Presidential candidate Jill Stein said she is cooperating by sharing all communications relevant to the committee's mission. "We take seriously the issue of potential interference in our elections, as demonstrated by our continuing efforts to investigate the integrity of the 2016 election and examine our voting machines that are widely known to be vulnerable, but which still have not been examined for evidence of interference. To restore trust in our elections and democracy itself, we must safeguard our elections from all potential sources of interference, whether by foreign state actors or domestic political partisans, criminal networks, lone wolves, or private corporations - including those who control voting software."

"Our campaign has observed the highest standards of transparency and integrity in our interactions with foreign nationals as well as Americans. Our communications with Russian individuals regarding an invitation to speak on international relations at the RT 10th anniversary media conference will confirm what we stated publicly at that time and since: that we did not accept any payment or even reimbursement for the trip, and that we made the trip with the goal of reaching an international audience and Russian officials with a message of Middle East peace, diplomacy, and cooperation against the urgent threat of climate change, consistent with long-standing Green principles and policies."

"We strongly support legitimate inquiry into any illegal activity in our elections - including quid pro quo deals, money laundering, corruption and violation of campaign finance laws. At the same time, we caution against the politicization, sensationalism and collapse of journalistic standards that has plagued media coverage of the investigation. In the current climate of attacks on our civil liberties, with the emergence of censorship in social media and the press, criminalization of protest, militarization of police and massive expansion of the surveillance state, we must guard against the potential for these investigations to be used to intimidate and silence principled opposition to the political establishment."

Stein said that she would release a more comprehensive statement about the investigation in the near future.