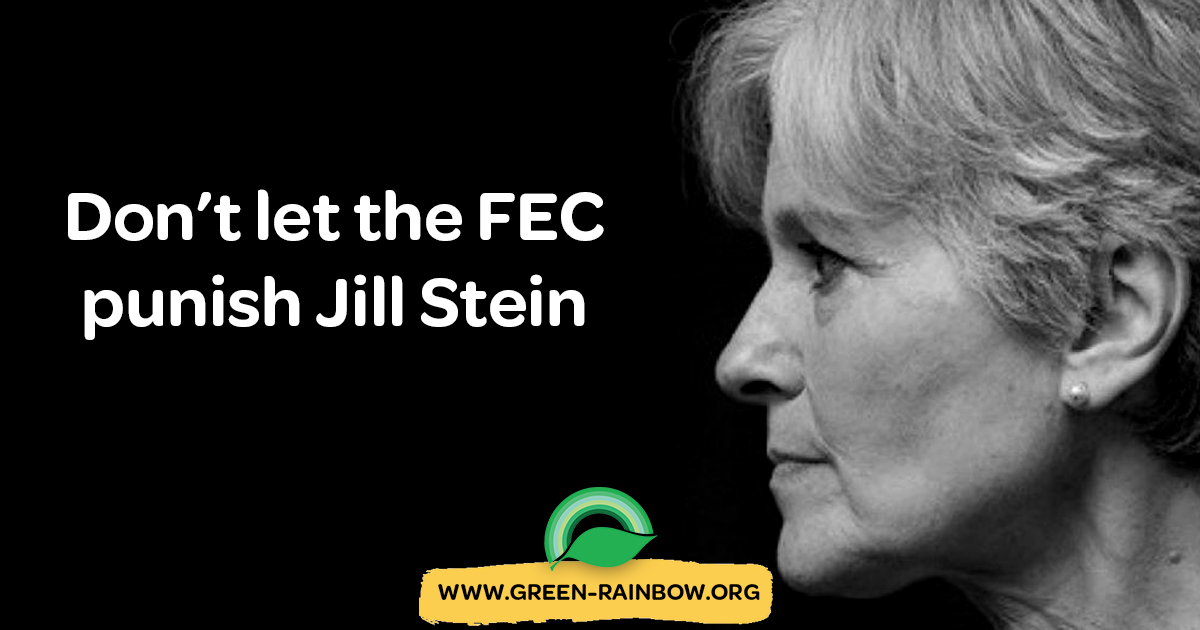 Join the Green-Rainbow Party this morning, Thursday at 10 AM on Zoom to support Jill Stein in this monstrous show trial. The FEC plans to make Jill Stein’s 2016 Presidential Campaign pay back $175,000.

While the FEC is criticized for overlooking the corruption of super PACs and foreign money, it's also known to go after small, grassroots political alternatives for obscure or non-existent offenses. In this case, it's the Green Party’s 2016 presidential campaign on the firing line (again). Specifically, the FEC is demanding Jill Stein personally repay $175,000 in public funding spent on ballot access after the Green Party’s nominating convention in 2016.

This ruling is patently unfair, striking a blow at independents and alternative parties that rely on public funding to gain access to the ballot. It also defies laws, logic, and precedent.

It would not only impose a crushing fine on our former campaign and Jill Stein personally. It would set a chilling example to future grassroots candidates,who rely on public funding to challenge the bipartisan corporate establishment.

Support Jill Stein and all third-party presidential races by joining her today.