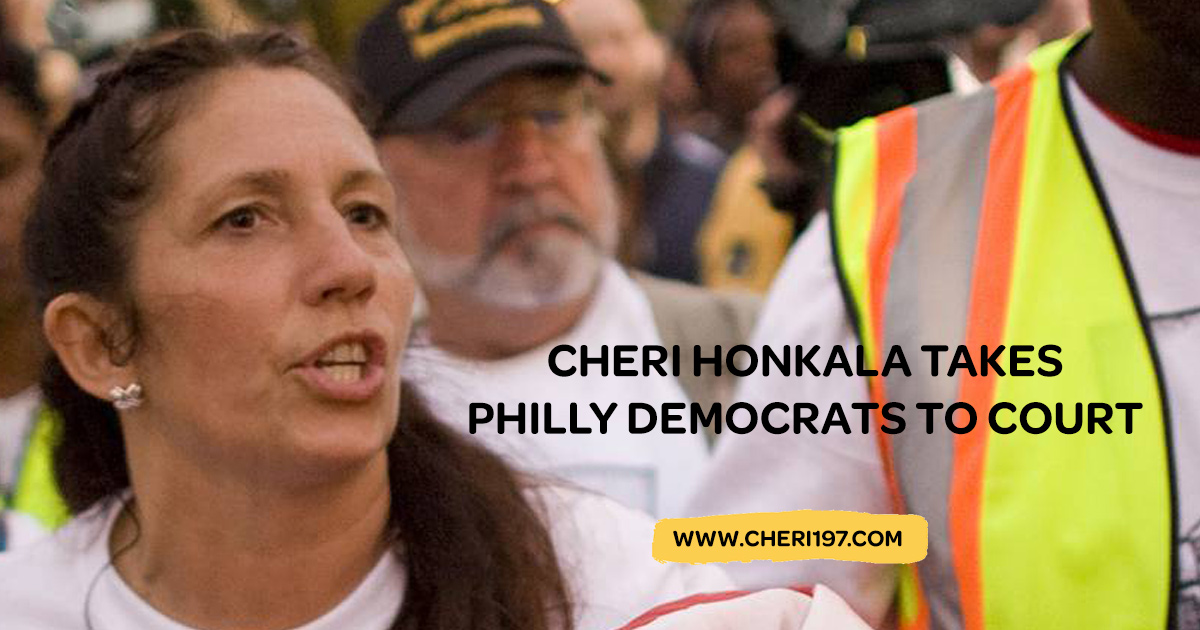 Defending democracy and justice for the 197th District

Philadelphia, PA – The nationwide fight for fair elections will continue in the halls of the US Court House this week. Dozens expected to attend the long awaited preliminary hearing held in response to accusations of corruption during the special election for State Representative in the 197th Legislative District back in March. The lawsuit filed by Cheri Honkala, Green Party candidate and longtime resident of the district, alleges illegal voter assistance, electioneering and other questionable poll activities. Members of the press are encouraged to attend this public hearing on, September 14th - 3:00 pm, room 313A at 601 Market Street.

The Democratic Party’s blatant disregard for integrity in the electoral process was witnessed again in Florida with the DNC fraud lawsuit. Both nationally and locally, attention and support for cases like the 197th special election are coming in from many sides of the political spectrum in a collective effort to push back against a long-standing tradition of establishment corruption. The Republican Party of Pennsylvania joined the leadership of the Pennsylvania House in calling for state Attorney General Josh Shapiro to launch a formal investigation into the election. "Philadelphia Democrats resorted to their decades old playbook of corruption during [this] special election. I’ve personally witnessed voter fraud as a Republican Committeeman — illegal electioneering in Philadelphia is a real problem and it must stop," said Val DiGiorgio, chairman of the state GOP.

The hearing will address allegations against Emilio Vasquez and the DNC including:

Cheri Honkala, a committed and tireless crusader for basic human rights for the thousands of Philadelphians experiencing homelessness and deep poverty, is prepared to walk into court armed with the support of her community, dozens of residents from the 197th, a deeply connected local grassroots base, the full weight of the Green Party as well as Dr. Jill Stein, 2017 Presidential candidate and running mate in 2012. A press conference will be held outside of the courthouse immediately following the hearing to share results and next steps.