Stoney Bird endorsed by the Green Party of Washington 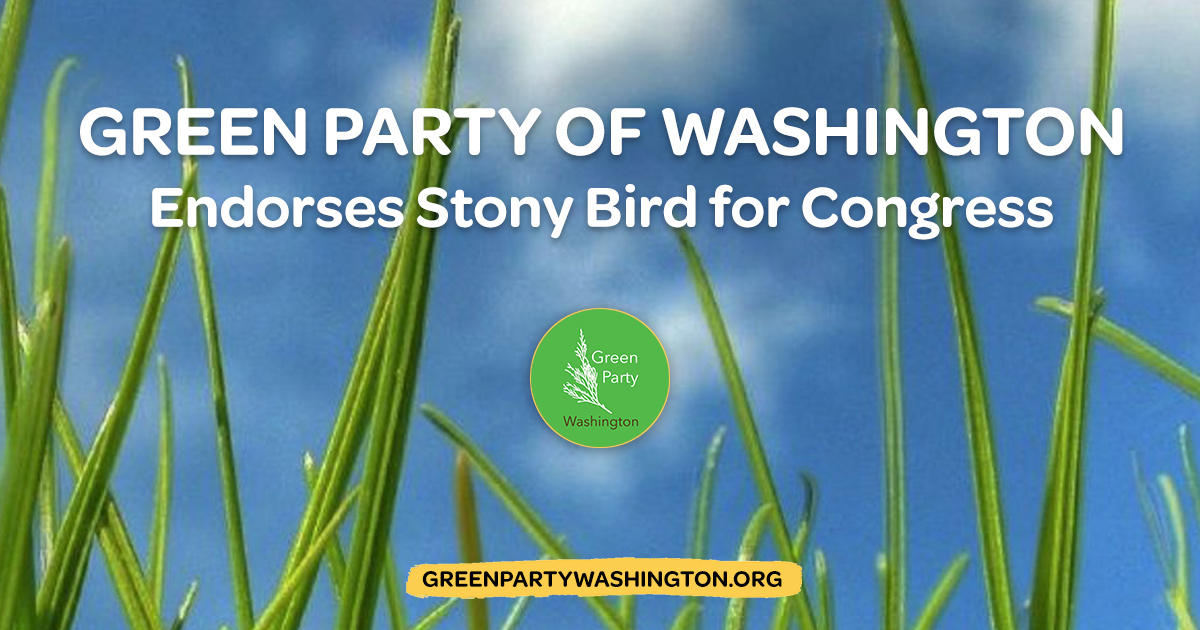 The Green Party of Washington proudly endorses Stoney Bird's run for Congress in Washington's Second Congressional District. A highly successful corporate lawyer until he ceased that work in 1990, Stoney brings a deep understanding of how corrupt and destructive our current political and economic institutions are. In the last 20 years he has worked as a political and community activist bringing environmental, social justice and peace issues to the forefront. 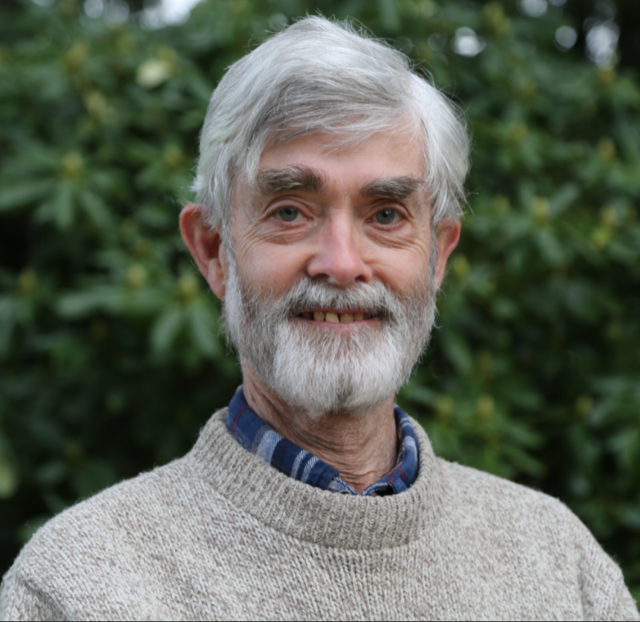 Hi, my name is Stoney Bird. "Stoney" is short for Stonewall Jackson Bird. I'm running for Congress as a Green in Washington's Second Congressional District.

I'm running because there is a whole raft of issues that people across the political spectrum support and that Congress is doing nothing about. You can see the list here.

We need an election system that produces representative government. We need a Congress that actually responds to the needs of the people. We need health care and homes for all so that all can live in dignity. We need to cut the vast war budget that is producing misery and enemies across the world. We need to replace it with a budget that will protect the natural systems of the world and produce good, ecologically sound work for a living wage for all.

A little about me

After serving in the Peace Corps in the late 1960s, I went to law school, and then worked for big companies: Mobil Oil and Harris Corporation. In the late 1980s I was Harris' European lawyer, based in England, mostly working on corporate deals.

By then I was in mid-40s and began wondering if I wanted to spend the rest of my life serving the few against the many, serving the corporate bottom line against all the rest of nature. I moved to the Skagit Valley in 1990. It took years, but by the first decade of this millennium I was fully involved with local environmental, transportation and peace movements, and did a stint of community organizing.

In 2011 I moved to Bellingham to be connected with an initiative campaign for a community bill of rights that would have barred the transportation of coal through Bellingham, denied corporate personhood and constitutional rights to corporations that wanted to contravene the ban, declared the right of the people of Bellingham to govern themselves, and acknowledged the rights of the ecosystems in Bellingham to thrive on their own terms. I've recently written a series of 17 articles for Whatcom Watch on the theme of impediments to well-being and democracy in the United States. You can find them on journal's website.

My affinity for the Green Party

I've voted for Green Presidential candidates since 2000. In 2014-15 I served on the state Green Party Coordinating Committee, part of the time as campaign coordinator. In that capacity I assisted Bobbie Lewis in his run for the Assembly in the 21st Legislative District. I also consulted with Josh Petersen in his run for the Everett City Council. I'm currently on the Coordinating Committee of the Whatcom Green Party.

My other electoral experience includes numerous initiative campaigns, lobbying on many issues dear to the Greens, running for the Mount Vernon City Council in 2003, and leading two campaigns to restore Skagit Transit's revenue after I-695.

Of course I support the four pillars and the ten key values. In our times, it's long overdue that responsible people speak up for these values – all 14!

How you can help

I'd love to talk to groups across the district, especially in Snohomish County. If you can get me an invitation from any group that you are part of, I'll do my best to make a visit possible.

Donate here and your gift will be earmarked to Stoney's campaign.