Stop the U.S. drive to war against Iran! 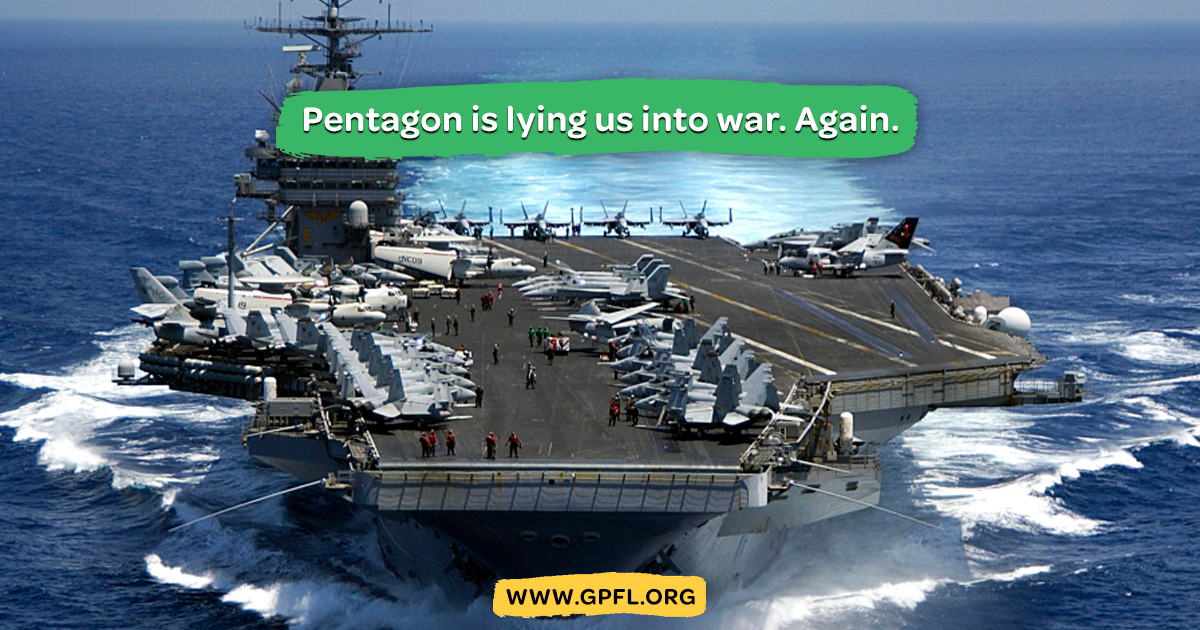 The smoking gun cited by Trump and regurgitated by the New York Times and the Washington Post is a Defense Department video claiming to show an Iranian ship removing an alleged mine from the hull of one of the damaged vessels. Citing this as "proof" of Iranian villainy is utterly ridiculous. If a country were attacking the two ships, then the video should show them placing mines ON the ships, not REMOVING one.

The nakedness of this seems to be designed to deliver the message that the U.S. can do what it wants, when it wants, and then say anything it wants with a perfectly straight face. And the world has to smile and nod its collective head in the face of imperial might making right.

But the world is not exactly smiling. They note that this incident is only the latest in the U.S.'s sordid history of pulling such "false flag" stunts.

First there was the great-granddaddy of false flag operations, the Tonkin Gulf Incident, which has become almost synonymous with "Big Lie." 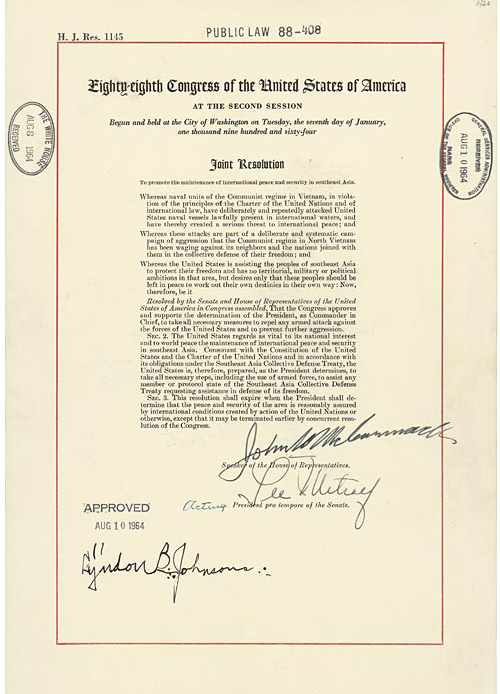 As related by the Vietnam Veterans Against the War's Joe Miller:

"The Gulf of Tonkin Resolution, passed almost unanimously by Congress, caused nearly three million of our brothers and sisters to be sent into a war that only ended with nearly 60,000 Americans dead, along with the usually-forgotten millions of dead Vietnamese, Laotians, and Cambodians."

The second Iraq war was triggered post-9/11 by the now universally-acknowledged lies about Weapons of Mass Destruction.

"[O]fficials simply seized on WMDs because they concluded that that represented the strongest case for an invasion. …it was the one reason everyone could agree on."

That playbook worked so well (they did get their war) that it became a regular feature of the still ongoing conflict in Syria. Every time there were rumors of some kind of peaceful settlement there, or when the Syrian Arab Army was making decisive gains in their fight against ISIS or Al Qaeda, it seemed like the Assad government was deliberately trying to throw it all away with some "horrendous" attack that would kill a few dozen civilians and provide the pretext for a rain of missiles.

The U.S. has played that one too many times. Such charges were each fatally debunked months after the fact, and they lost their credibility. The U.S. response now: try a Bigger Lie. But even the New York Times and Washington Post's headlines have noticeably shifted from Friday morning to Friday evening.

"If Iran and America do go to war, then of course we'll be right in the middle … This cannot go well for us."

As Joe Miller asks, "How many might have been saved if I spoke up or acted earlier?"

We call upon all Americans to speak up now and stand firmly against this drive to a ruinous war that could all too easily spill beyond the confines of the Middle East and whose consequences are almost unimaginable.