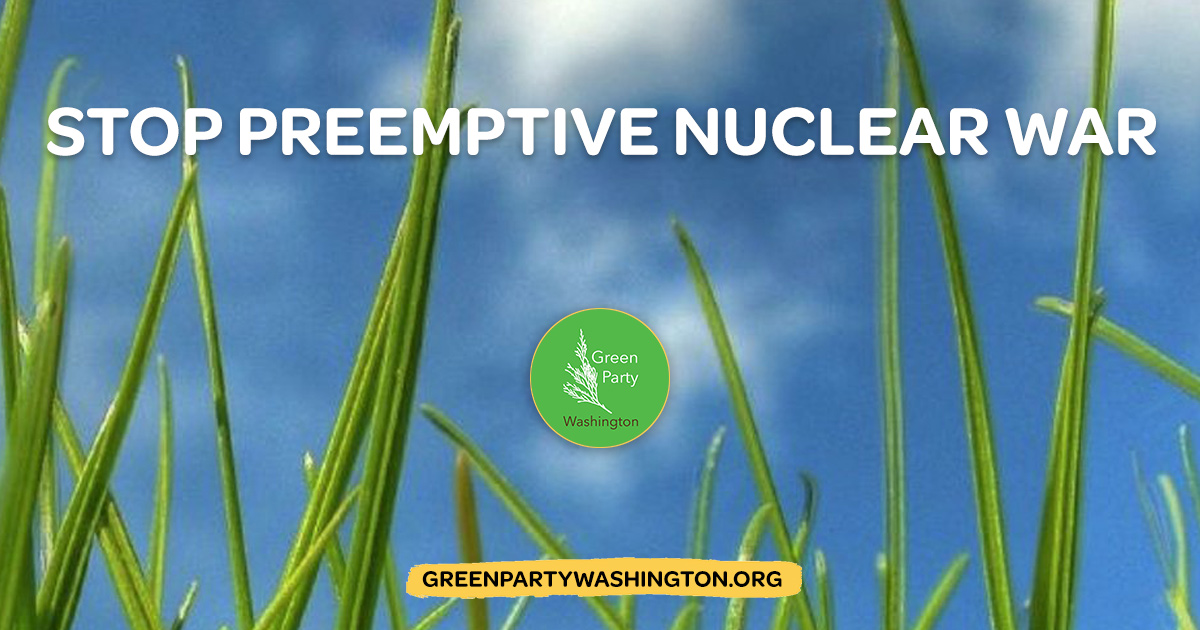 Good news! This past July, the United Nations passed a treaty that makes the use of nuclear weapons illegal. This is the first progress in nuclear disarmament since the 1980's. And although all 9 nuclear powers and their allies did not vote for this treaty, 122 countries did.

The International Campaign to Abolish Nuclear Weapons (ICAN) was recently awarded the 2017 Nobel Peace Prize, in part for its work to pass the UN treaty. The Green Party of Washington is a member organization of ICAN through Earthcare Not Warfare. The prize gives a tremendous boost to ICAN and the efforts to stop the trillion dollar "modernization" and expansion of US nuclear capability.

But we can't rest here. As ICAN director Beatrice Fihn put it, "our mutual destruction is only one impulsive tantrum away." In Seattle, we are only 18 miles from the largest concentration of nuclear weapons in the US. And the sole authority to launch those weapons rests with Trump.

Here is something you can do to help now. The US Senate is considering a bill, SB 2047: the Preventing Preemptive War in North Korea Act. This bill would prevent military action in North Korea without Congressional approval. Call our Senators now and urge them to support this bill.

In solidarity,
Green Party of Washington