U.S. must stop its racist klan beatings and deportation of Haitian refugees at the border 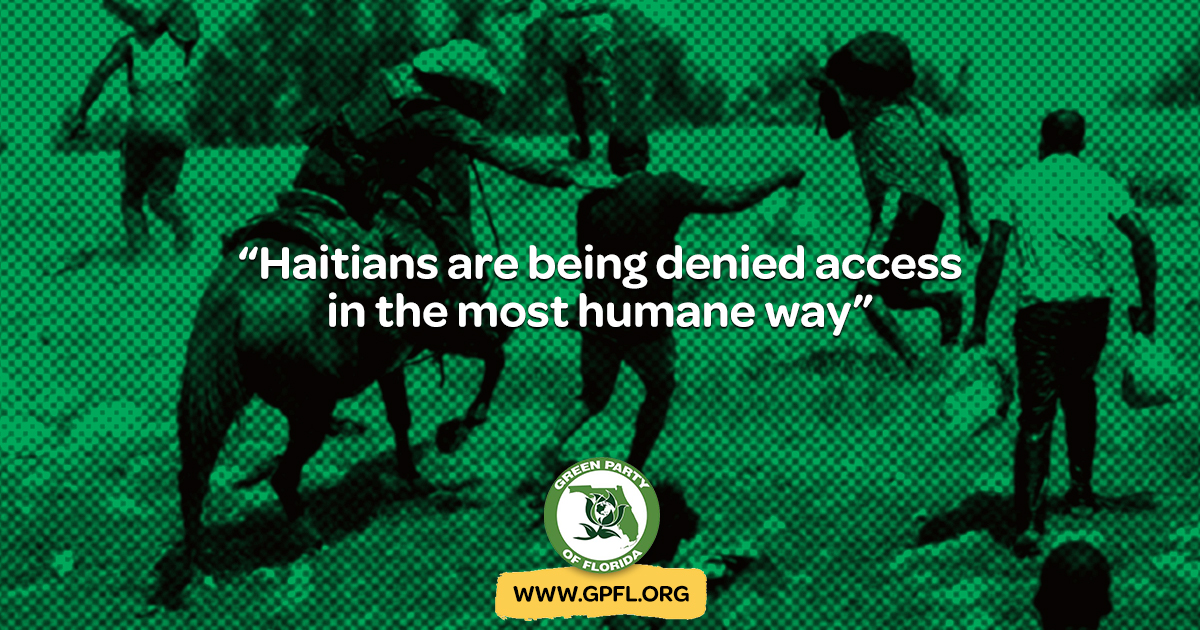 For almost a week the world has witnessed U.S. border patrol agents physically terrorize Haitian refugees with lassos and whips! These inhumane images happening in Del Rio, Texas are disheartening.

The hypocrisy of the Biden-Harris administration is exposed greatly! The Haitian refugees are at the border with legitimate claims! However, it is reported that more than 300 Haitian asylum seekers are being forced to return. The United States is in violation of International Law as it relates to Haiti and their efforts to seek asylum in the U.S.

The United Nations 1951 Refugee Convention recognizes the right of persons to seek asylum from persecution in other countries and it points out that states have an obligation to provide reasonable measures to allow individuals to seek asylum! Haiti is being denied access in the most humane way. Again, the contradictions of the U.S. are chilling. The Biden administration is planning to ask Congress for funding to bring some 95,000 Afghans to America and assist in resettling them — a sign both of U.S. commitments to allies and the likelihood that efforts to evacuate them will linger for months.

The White House is asking for $6.4 billion through a continuing resolution to fund ongoing efforts to get allies and other vulnerable Afghans out of the country.

Meanwhile, Biden-Harris remain silent on the dehumanizing treatment of Haitians at the Border.

Imperialist policies created by the U.S. have created horrific conditions politically, socially, and economically in Haiti. The silence from this current administration is astounding.

The Green Party of Florida calls on the Biden Administration to uphold International Law and allow Haitians to seek asylum, and just as the United States is assisting Afghans, we demand such assistance and humanity for Haitians.

Moreover, The Green Party of Florida and The National Black Caucus, as articulated by its co-chair Darryl! Moch, make these demands as well –

The Green Party of Florida also demands that the U.S. allow Haitian people to beself determined in building and forming their government.