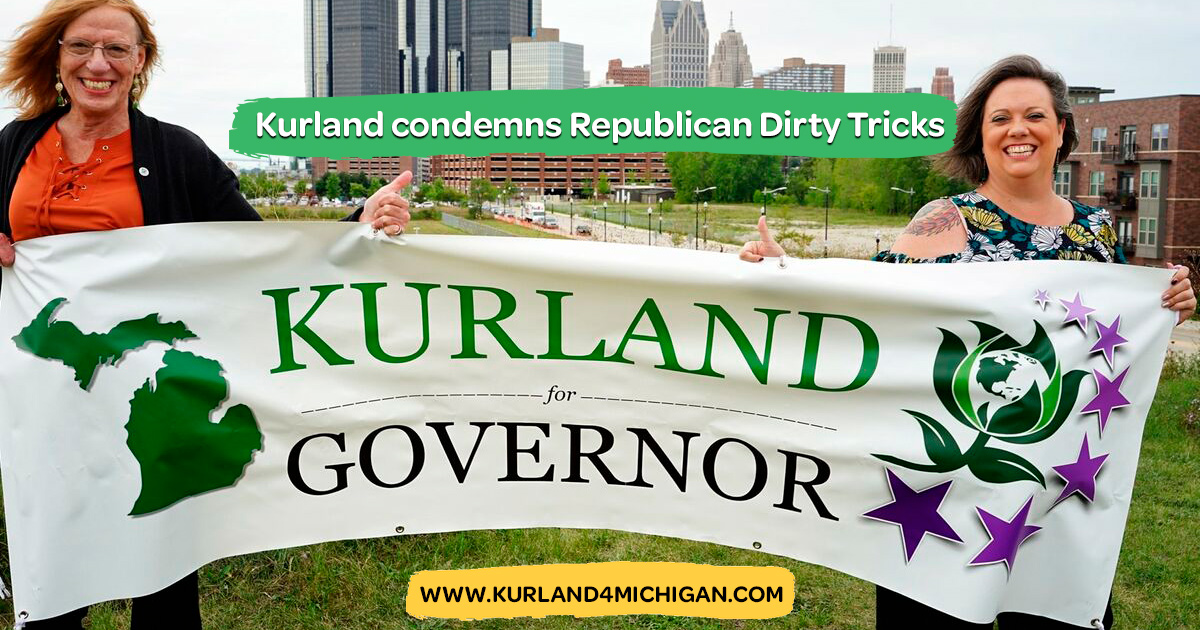 It came to the attention of our campaign Friday afternoon that unauthorized mailers are being distributed via a Super-PAC with ties to the Republican Party of Michigan. Thanks to the excellent reporting at Eclectablog, the funding for these mailers were funneled through three separate Super-PACs, in a manner most banks would consider to be laundering money. Not only do these mailers imply our campaign has the support of Bernie Sanders, who has already stumped and endorsed one of our opponents, but they also imply that the Super-PAC itself supports our campaign.

As a public figure, Jennifer is aware that she does not have recourse over the use of her likeness in these mailers, but as a private citizen she is outraged. “I have worked with organizations for campaign finance reform over the years, and am appalled at the implication that my campaign has any ties to PACs at all” she stated, continuing “I strongly oppose these mailers across the board, from the inferred endorsement to the purported attack on my opponents, we have run a clean campaign from day 1 focused on the issues and policy a Kurland administration would bring to our great state”.

While these mailers may highlight the shady politics of the Republican Party, the Democrat Party is no stranger to dark money and misleading mailers either. This certainly calls for a deeper conversation about the need for publicly funded elections in Michigan, the broad overreach dark money has in our state, and the need for a new Constitutional Amendment to overturn Citizens United. What the Republican Party of Michigan may find surprising is that our campaign has supporters that they consider “theirs”, too.

In our 10 Key Values, the Green Party stands for some truly conservative values like Decentralization and Conservation, and all our candidates will follow through on those values unlike the Republican Party of today. Our campaign only needs 1/3 of the vote to win, and if the people of Michigan choose to vote their conscience rather than out of fear, then these mailers just may backfire on the Republicans and Democrats to elect a Green candidate with the experience, knowledge, and plan to end these kinds of shady politics in our state for good.