Support Dan Pulju for US Senate 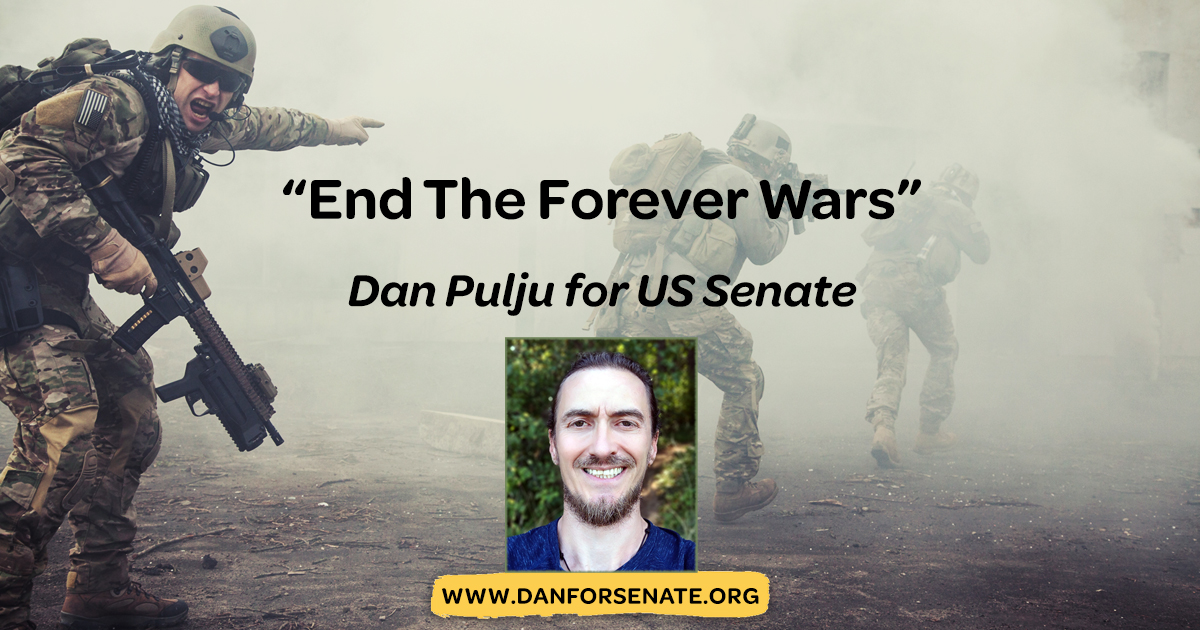 I am honored to be the Pacific Green Party candidate for the US Senate! Thank you members of the June Convention that voted for my nomination. Americans increasingly see that our government conducts war, not only abroad, but here at home against its own people.

Our democracy has been corrupted by Big Money and elite interests. Let's stand up for our rights and take our country back!

My opponent, Ron Wyden, is more New Yorker than Oregonian. His insistent promotion of the "Russiagate" theory helped set the stage for Biden's self-destructive trade war in response to the Ukraine war escalation.

Wyden even co-sponsored the "Combating BDS Act of 2016," an attempt to suppress our right to boycott Israel on account of its oppression of the Palestinian people and the denial of their right to a state and self determination.

As an experienced anti-war activist, I'm challenging Wyden on all of this. I'm pro choice on everything medical, from abortions to vaccines**. I'm for electoral reform, ending the drug war, and much more.

Will you help? Donate and volunteer at danforsenate.org

Vote Dan for US Senate