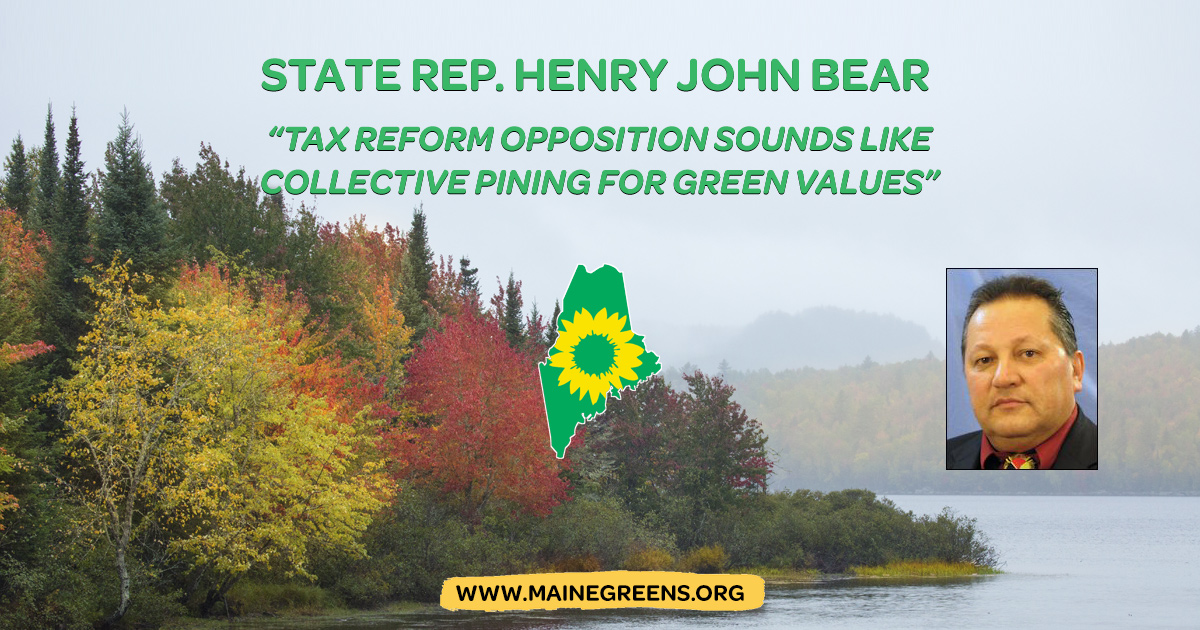 In particular, Bear noted the bills, supported by Bruce Poliquin, the current 2nd District congressman and Sen. Susan Collins, are widely unpopular in Maine. They do not represent the interests of common Mainers, he said, and run contrary to the future health and well-being of Maine citizens by raising taxes on those making less than $75,000.

Bear said opposition to the tax reform sounds like a collective pining for Green values. For example:

While Bruce Poliquin cuts his and wife's taxes, the raising of the threshold for the estate tax insures that hard-working people of Maine not lucky enough to be born into wealthy families will not reap benefits from this so-called tax reform.

No one wants to pay taxes, said Bear, and he agrees in principle that we should be reducing the tax burden on the working class, but only “provided these tax cuts do not increase economic inequality, negatively impact essential public services including healthcare, public education, and infrastructure, and do not reward fossil fuel activities that contribute to carbon emissions and dangerous and destructive global warming.”

Voters tired of millionaires in Congress are encouraged to take a serious look at Bear for the 2nd District. Bear said he will use the position to return economic fairness to the country and Maine.