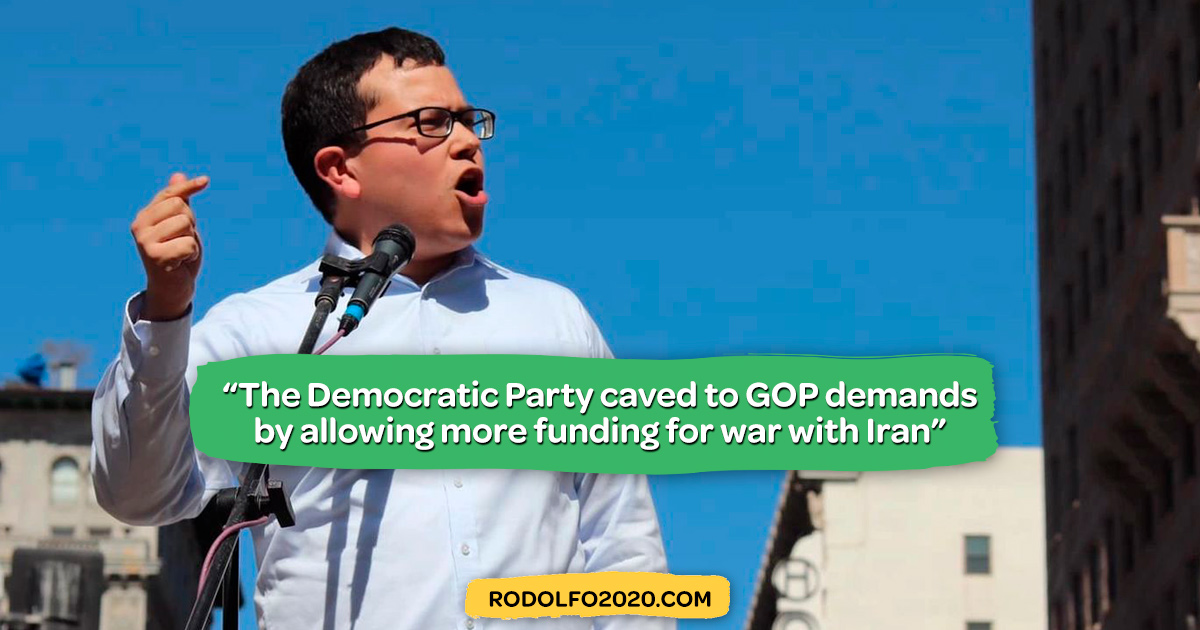 Lost amongst the media's coverage of Trump's assassination of Soleimani is the fact that, last month, the Democratic Party caved to GOP demands by allowing more funding for war with Iran.

Like most members of the Democratic Party, my opponent, the 14-term Congresswoman Lucille Roybal-Allard, voted YES to more arms for Trump, all the while pretending to oppose Trump by voting for impeachment. This lines up well with Democratic Party history: Remember when Hillary Clinton said the U.S. should "totally obliterate" Iran?

The Democratic Party is the original party of the Military-Industrial Complex (MIC). That is why we must oppose it at every step, especially from the outside. Join in this Saturday as thousands of people march nationwide to demand peace with Iran. (Click here for a list of demonstrations initiated by the ANSWER Coalition.)

Fundamentally, our struggle as a people has to be a struggle against the military-industrial complex. Pitch in to our campaign if you'd like to see these views represented in the U.S. Congress.