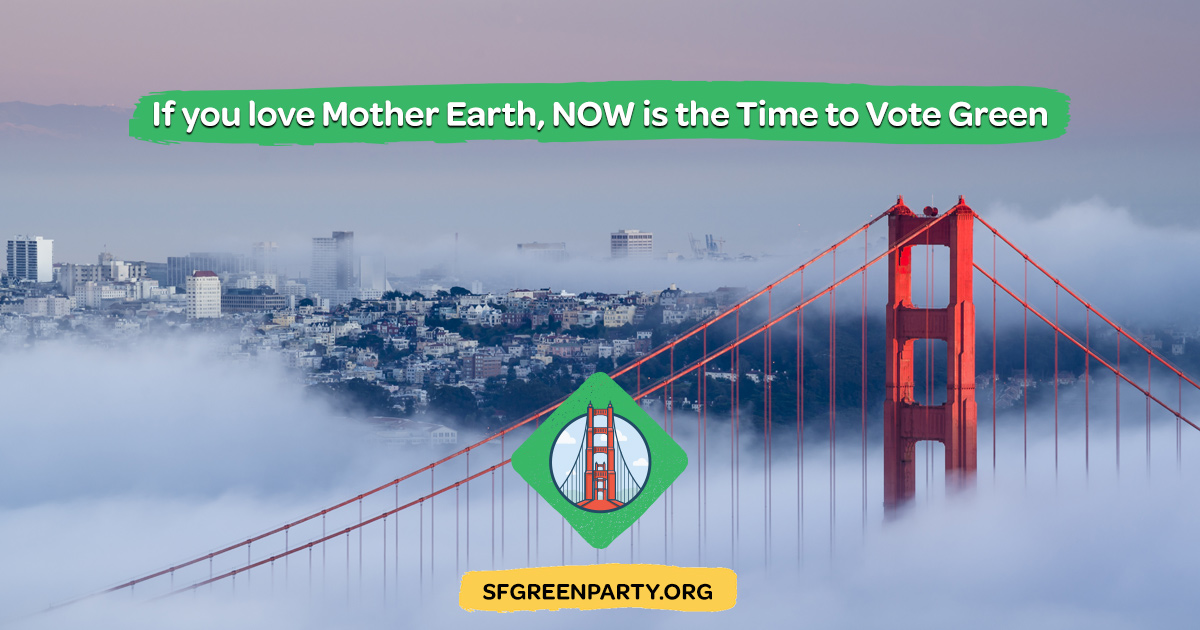 November 6 is election day. If you haven’t done it already, register to vote. Encourage others to register and vote.

Most of your ballots will be filled with local or state issues and candidates. If you see the name of a Green Party candidate, I hope you will check them out. Greens believe that people and the health of the planet should be more important than corporate profit.

As you consider the choices for your representative in Congress, keep this in mind. Democrats say that by retaking control of the House of Representatives, there will be a much needed check on a federal government completely under the control of Republicans. I agree. But, I'm also mindful of the following:

Democrats and Republicans in Washington support tax cuts for the rich. While many Democrats complained bitterly about the Reagan and Bush tax cuts, most if not all of those cuts were never overturned. The Trump tax cuts? I'm not holding my breath.

Last year, I wrote about the House and Senate votes where Democrats joined with Republicans to give Trump tens of billions of dollars more than he had requested for the military. Pentagon spending every year is approximately two thirds of the entire U.S. discretionary budget. With bases in more than 130 countries around the world, our taxes fund a global military empire.

In Congress, there is little, if any, debate to fund war, death and destruction that primarily protects corporate trade. Funding for human needs receives much more scrutiny.

Republicans and Democrats in Washington support private, for-profit prisons. President Obama was known as the Deporter in Chief. Trump has dramatically increased immigration arrests and deportations and has separated children from their parents.

As the Republican Party has become more hardline conservative, Democrats have followed them, moving the political center in the U.S. to the right. Voters in the United States need more choices than Democrats and Republicans.

In California, voters will only see two candidates on their ballots for Congress. They are the candidates who received the first and second most votes in the June 5 primary election. In some of the races, voters will choose between two Democrats or two Republicans.

If you see the name of a Green Party candidate, I hope you will check them out. Greens believe that people and the health of the planet should be more important than corporate profit.

"Laura Wells is running to represent the 13th congressional district of California. A former candidate for governor who was arrested trying to attend a debate in 2010, she is running to challenge a system that refuses to provide basic human needs in the richest country on Earth.

"Kenneth Mejia is running to represent the 34th congressional district of California. The son of a first-generation immigrant single mother, he graduated college at age 20 and landed an accounting job in the finance world. Inspired by Bernie Sanders, he then left his comfortable position to become a grassroots organizer in Los Angeles. He made his #Demexit after the DNC and is now leading the charge of young LA rebels into the Green Party.

"Another Green powerhouse, Rodolfo Cortes Barragan, is running for Congress in California's 40th district. When voters hear about the incumbent's votes to expand ICE and boost military spending while their human needs are neglected, they switch their vote to Rodolfo over 90 percent of the time."

These Green Party candidates and many others like them all across the country are fighting to put a much needed check on both Democrats and Republicans. I hope they will receive your consideration. Register and vote Green.

Barry Hermanson is a member of the San Francisco Green Party County Council and a former small business owner. You can reach him by sending a letter in care of this paper, to 4917 Third St., San Francisco, CA 94124.