There is only way to solve the climate crisis 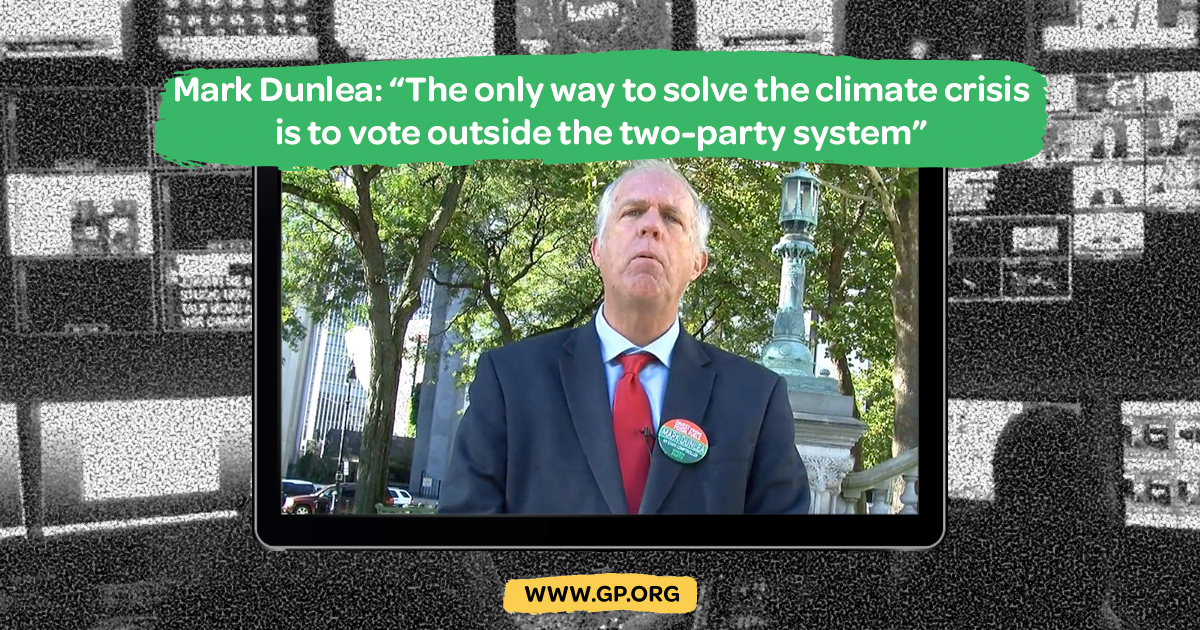 For the last 5 years Mark Dunlea has help coordinate the NYC and statewide effort to divest public pensions from fossil fuels since they cause climate change. New York City has agreed to divest but New York State has not. The state comptroller controls the pension fund.

it is morally wrong for New York State to invest $11 billion in companies that are killing life on our planet. It is also increasingly a bad financial risk. If the sate had divested from fossil fuels a decade ago, the pension fund would have an extra $22 billion.

Climate change is the greatest threat facing humanity. Vote Green for a massive emergency mobilization to halt fossil fuel use and move to 100% clean energy by 2030.