Third-party vote is not wasted 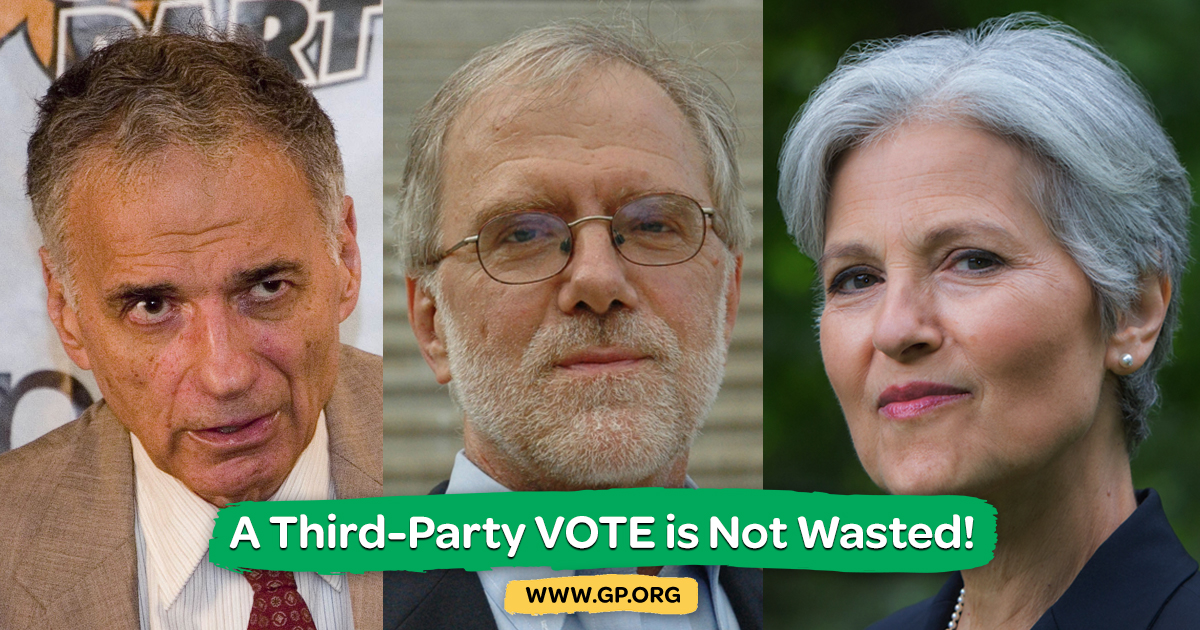 In recent opinion pieces, Joshua Holzer has suggested that a vote for a third party is a wasted vote and that their supporters should vote for the "lesser of two evils" — Joe Biden for president. Holzer is wrong factually and historically.

First, Republicans see Donald Trump as the lesser evil. Should Libertarians and Constitutionalists vote for Trump?

Second, in 1992, analysts speculate that Bill Clinton would have still won had Ross Perot been absent, because some of the votes would have gone to George H.W. Bush and some to Clinton and some to "opt out!"

Ralph Nader, Green Party, did not spoil the election of Al Gore as president over George W. Bush in 2000. The actual fact is that Gore won the state when all the votes were properly counted, after the election. It was an activist Supreme Court that stopped the counting of the vote!

Third, the new Republican party of Abraham Lincoln in 1860 was a third party at a vital time.

Third parties fill a void left when the duopoly parties avoid, suppress and/or only tinker with issues that need dramatic action (like climate change!).

Jill Stein, Green Party candidate for President in 2016, observed that our country is gripped by politics of fear and of silence about vital issues. People "vote against what we are afraid of (Trump or Biden) and not for what we believe." The Green Party provides an outlet for the "greater good" as with Howie Hawkins in 2020.

The die is cast that Joe Biden will lose Missouri. A wasted vote is to vote for a known "evil" loser when that vote could be for the greater good candidate with whom you share common political values.

This is an opportune time to vote your conscience and have the satisfaction that you have cast your vote with integrity instead of out of fear of something you cannot change (in Missouri).