The Green Party was a minor force in Maine politics. This activist could help revive it. 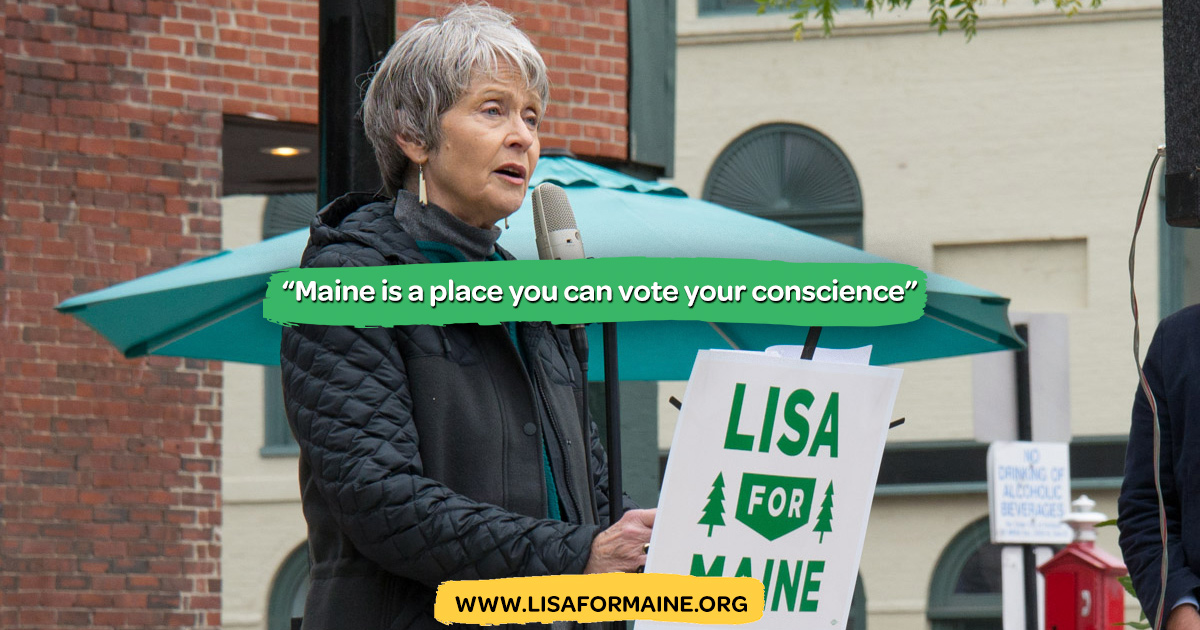 PORTLAND, Maine — It has been 13 years since a Green Party candidate qualified for a statewide election in Maine, the first state to enshrine such a party in 1984. It has seen some local success in Portland, though just one Green has been elected to the Legislature and the party lists six local officeholders of the hundreds across the state.

Greens are looking to break the streak in 2020 by running Lisa Savage, a Solon teacher, for a seat held by U.S. Sen. Susan Collins, a Republican. The activist is known for protesting, most notably at Bath Iron Works, where she and allies have been arrested.

Savage, 63, said she was persuaded to run in part by Maine’s adoption of ranked-choice voting, which was first used statewide in the 2018 election. She called herself “idealistic” with a “naive faith in democracy, public education and the wisdom of the people collectively.”

“This is a place you can vote your conscience,” she said of Maine.

The Maine Green Independent Party is in a strange position going into 2020. It represents just 4 percent of voters here, though it was able to run candidates in four straight gubernatorial elections from 1994 through 2006. Still, its ranks have grown in Maine by 25 percent over the past 10 years.

The era of President Donald Trump has also led Democrats to begin to borrow some progressive ideas. One is the Green New Deal, a jobs and climate plan from congressional Democrats and a litmus test in the 2020 presidential nominating race. Green presidential candidate Jill Stein pushed more aggressive versions in 2012 and 2016.

Many Greens were Democrats. Others have gone the other way. At the 20th anniversary party for the Portland Green Independent Committee at Sun Tiki Studios on Saturday, the local party honored state Sen. Ben Chipman of Portland, who helped found it but is now a Democrat.

Greens are progressives marked by a generally anti-corporate attitude. In Maine, some like prominent progressives including Vermont Sen. Bernie Sanders. But many have a fatalistic belief that moneyed centrists will beat progressives in any battle for Democratic Party control.

At Saturday’s event, Jacqui Deveneau, a Portland activist who ran Stein’s 2016 Maine campaign, pointed to national Democrats’ hostility to Sanders’ runner-up bid for the nomination then to criticize a “corporate party” that can’t champion progressives because “they won’t have control over them.”

After the 2016 election, Democrats made the questionable case that Stein was a spoiler for Clinton against Trump. Clinton gave an interview this year calling Stein “a Russian asset.” That led Savage to write a Portland Press Herald Op-Ed condemning Democratic “neo-McCarthyism” and an unwillingness from both parties to confront “endless, costly, unwinnable wars.”

The main subject of Savage’s activism has been defense. She favors converting Bath Iron Works, the private naval shipbuilder, to a clean-energy manufacturing facility that would “build things that people actually need instead of building weapons systems that make the world less safe and also are hastening climate crisis.”

That cause touches the third rail of Maine politics. Doing so would require a massive shift in spending from defense to clean energy to convince the private shipyard to not be a shipyard. Politicians of all stripes — led by members of Congress — have championed it as is.

Four Democrats are running against Collins, including House Speaker Sara Gideon, who is backed by national Democrats. Savage said she often agrees with Betsy Sweet, a progressive challenger, but that she doubted Sweet will win the nomination. Even then, Savage doubted Sweet would “take on the Pentagon budget the way I would take on the Pentagon budget.”

The first hurdle is to get on the ballot. She has to get 2,000 signatures from party members between Jan. 1 and March 15 to do — the same requirement that Democrats and Republicans face. Maine has nearly 41,000 Greens, 347,000 Democrats and 287,000 Republicans.

No Green has gotten more than 11 percent of votes in a statewide race, but getting back to such a race would be a small victory for the party. Justin Beth, the Portland party’s chair, was hopeful, saying the loud and nationalized campaign means “people will hear Lisa.”

“I think the Greens probably have a shot,” said Jess Falero, an activist for homeless people in Portland. “If there’s a party that’s going to change our broken system, it’s going to be the Greens.”