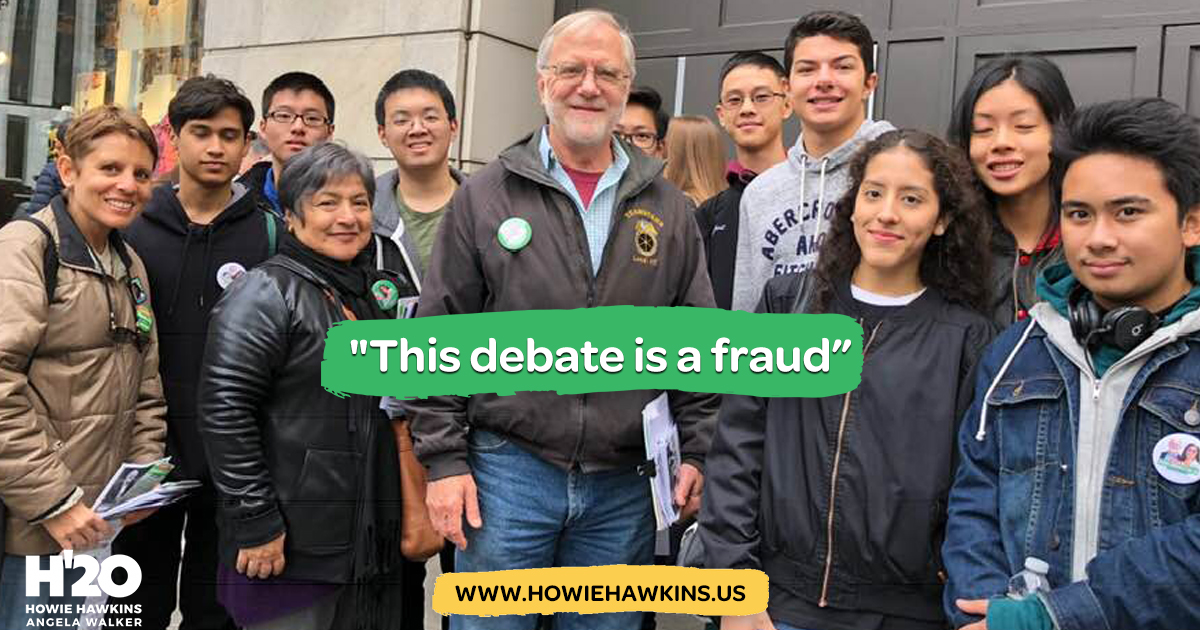 Hawkins is in Cleveland outside the debate site at Case Western University. He will be participating in demonstrations for black lives and climate justice from 5:00 p.m. to 8:00 p.m. He will be available for media interviews during these demonstrations.

After the debate at 11 pm, Hawkins will livestream his commentary on the debate on his campaign Facebook page.

The Green presidential ticket is on the ballot in 30 states representing 73% of voters and 381 electoral votes. Including the other states where they are qualified write-in candidates, 96% of Americans representing 514 of the total of 538 electoral votes will be able to vote for the Hawkins/Walker Green Party ticket.

Howie Hawkins, 67, is a retired Teamster construction and warehouse worker who has been active in movements for civil rights, peace, unions, and the environment since the 1960s. He was the first U.S. politician to campaign for a Green New Deal in 2010, in the first of three consecutive runs for New York governor. New York enacted several policies that only Hawkins had campaigned for after he received 5% of the vote in 2014, including a ban on fracking, a $15 minimum wage, and paid family leave.

Hawkins' vice-presidential running mate is Angela Walker, 46, a truck driver in Florence, South Carolina who is a veteran union and racial justice activist.