Time to institute ranked choice voting in all Hawaii races 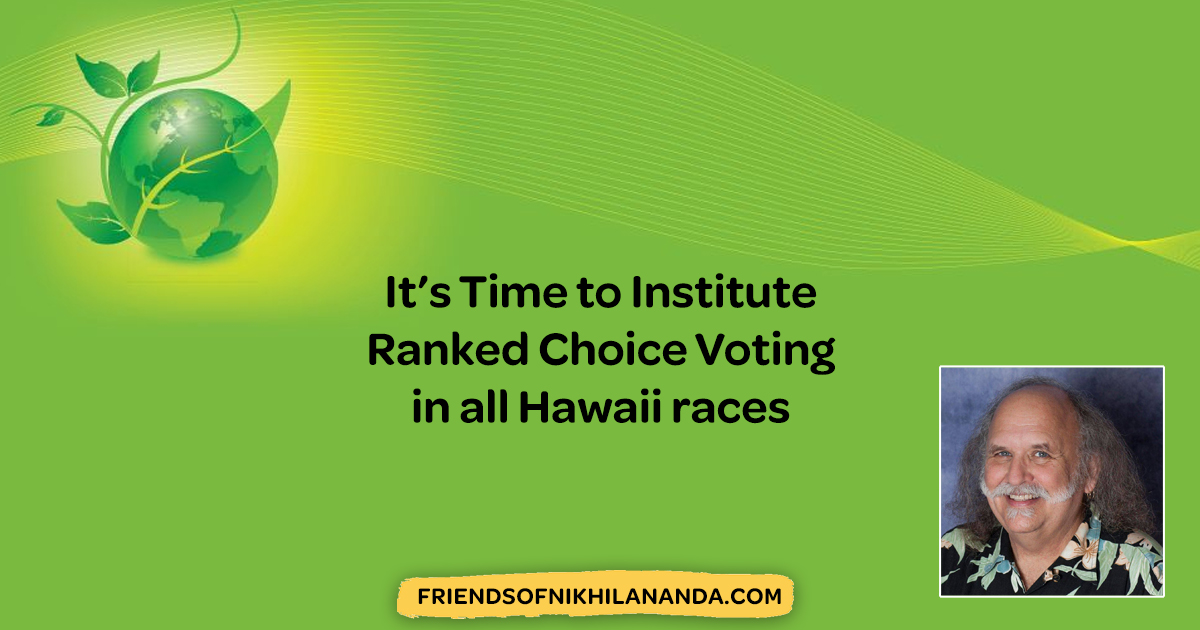 I, plus the Green Party of Hawaii, have been advocating for RCV (also known as instant runoff voting, or IRV) for 30 years, for all races. We have proposed this progressive change for years at the Legislature, yet were ignored and it constantly failed. This year we testified that this bill is lacking, yet it is planting a seed.

In nonpartisan races, RCV could eliminate the need for “primaries” where voters whittle down the candidates to then have only two candidates to choose from in November. But why do this? Why limit voters in the general election to choose only one of two individuals?

Having RCV may invite more candidates to seek elective office, which gives voters more of a choice, plus more than likely no representative would go unopposed when seeking reelection, or voters only having one candidate for an office.

Maine in 2020 choose the U.S. president plus their U.S. senator utilizing RCV. It has been used effectively for many years in more than 50 jurisdictions throughout the United States, with every year more places instituting RCV including around the world. It has never been removed after voters experienced RCV.

How many times has one not voted for their preferred candidate for fear that someone they definitely do not support would win? 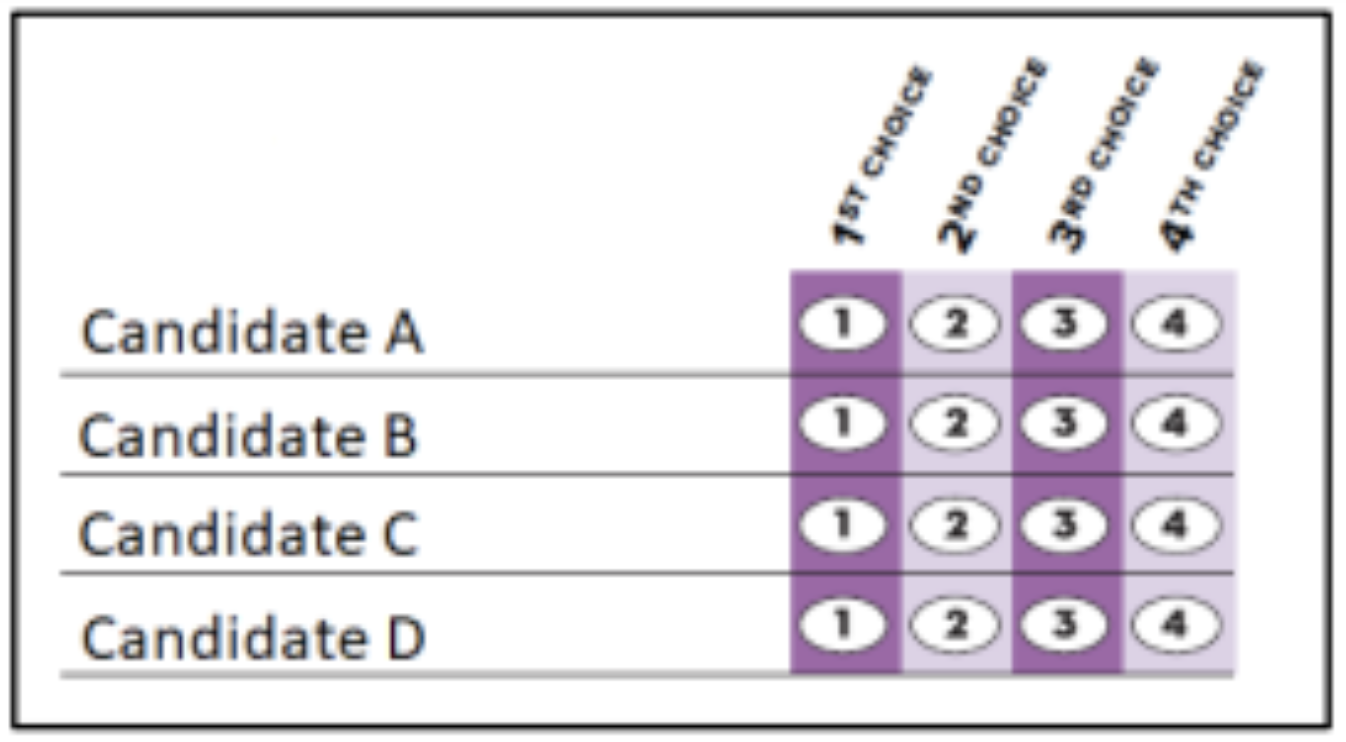 With RCV, one chooses the candidate they would most rather have for the specific position. If their preferred candidate does not receive the most votes, who would be a second choice for the voter? One could choose a third choice and so on.

The candidate with the fewest votes is removed and those voters who chose that individual then have their second choice receive their vote. This process continues until a candidate receives 50% plus one and they are then elected.

The person who is eventually declared the winner would be one who is preferred by more of a cross section of voters. Less voters would “lose” — that is, in the current system where one wins and one loses, the voters who picked the losing candidate have “lost.”

If you go to a restaurant and the dish you wanted is sold out, you then choose your second choice. Simple! RCV is even used to choose the best movie at the Academy Awards.

The time to institute RCV in Hawaii for all races, plus put an end to the concepts of “spoiler” and “voting for the lesser of two evils” is long overdue.

Currently I am seeking the Hawaii State House of Representatives seat for the 13th district in our state Legislature, the only one which is composed of four separate islands: covering Kahoolawe, Molokini, Molokai, Lanai and the North Shore/East Maui communities from Spreckelsville, Paia, Haiku, Huelo, Hana to Kaupo.

For over 30 years I have been active on Maui, serving on various Maui county boards and commissions, and for a couple of years I was a volunteer mediator with the Small Claims Division of the District Court.

For nine years I was the producer and host of Maui Talks-TV. I am also a former teacher in both the public schools and was the mathematics teacher/academic instructor at the Maui site of Hawaii Job Corps.

The quality of life is the significant issue facing these mostly rural regions of Maui County. Each island is distinct, and what impacts Molokai, with its unique challenges, is not the same as what impacts Lanai. The North Shore of Maui is different than East Maui, where after a hundreds of years of theft, the concerted effort of many of us has finally resulted in water being reintroduced into some of our streams.

There is no turning back the progressive movement and changes occurring in Maui County. We need to embrace the indigenous culture and everything it teaches. We must provide for all of our residents; for the kupuna, for our keiki, for their keiki and all who will follow. We must defend, provide for and support all that these truly amazing communities have to offer us in Maui County.

I am educated, active, informed and passionate about Maui County. I’ve been around the world, visiting over 50 countries on five continents plus all 50 states. You may check me out on social media including my website, plus Facebook, Twitter and Instagram.

Nick Nikhilananda is seeking the Hawaii State House of Representatives seat for the 13th district. He has been a community activists for 30 years on Maui. He has a master’s degree in public law/urban affairs, is a former teacher, served on Maui County commissions and boards, spent two years as a volunteer mediator in the small claims division of the District Court. He lives in Huelo on the North Shore of Maui.