Torres stands up for workers in gubnatorial debate 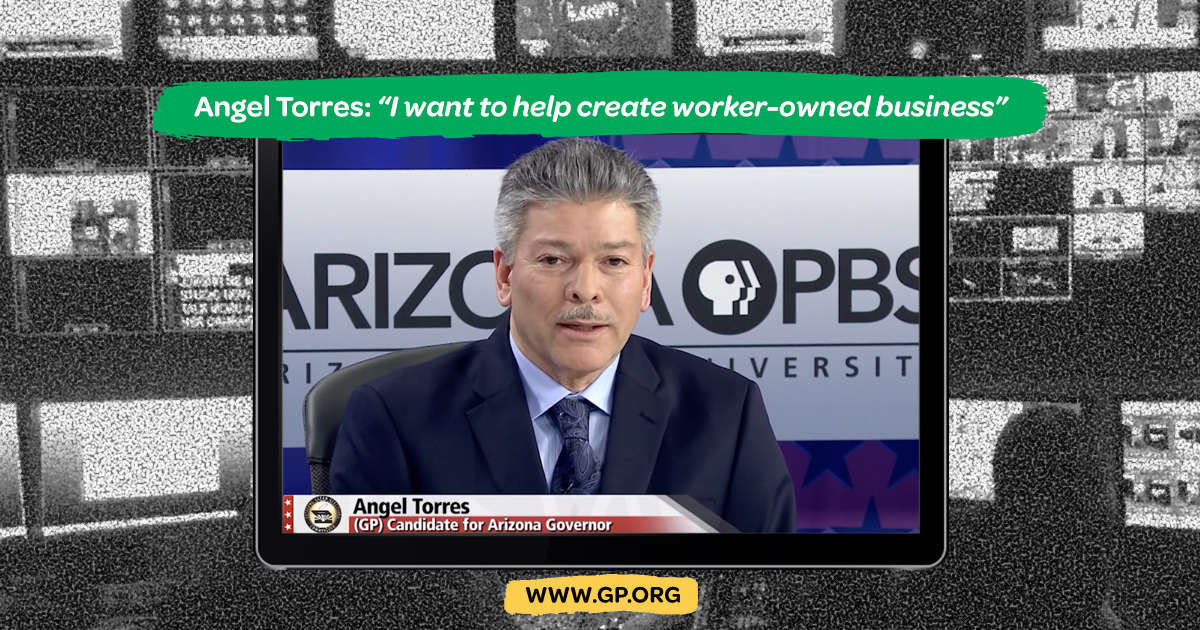 A long-time Teamster, he helped organize his workplace in 2004. Angel was one of the leading organizing activists for his union at the Phoenix airport, and was elected & served on his bargaining unit's first contract negotiating committee (2005-07). He has worked in the airline industry for 31 years, and is a member and union steward of Teamsters Local 104.

Torres has served as co-chair of the Arizona Green Party since 2004 and has been a member of the Green Party National Committee since 2011.