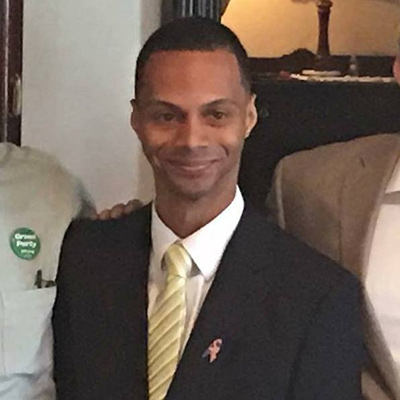 Troy Knight-Napper is the 31 year old father of two wonderful boys. Born in Newark, New Jersey and raised in East Orange.He has lived through the many trials that the middle class has endured. His main concern is paving the future for his children, as well as paving the future for his fellow neighbors. His passion for breaking barriers and building futures makes him a progressive thinker.

He feels that marginalized communities deserve higher quality treatment compared to what they have received in the past couple of decades. Families living on the current minimum wage without assistance are unable to achieve the "American Dream" and their pursuit of happiness. The outdated war on drugs has incarcerated minorities for non violent charges. The police have now become a militarized force. The lack of police accountability within the police force has become staggering.

He believes the current policies held in New Jersey lean more towards fossil fuels instead of renewable energy. Fossil fuels are not only harmful to the environment but also towards infrastructure causing the loss of tens of thousands of job opportunities. He leans towards proposing and voting in more laws in the hopes of bringing renewable energy to New Jersey making it a Pioneer State. Which in return we become an example for other states to emulate.