Trump and the Politics of Neoliberal Distraction 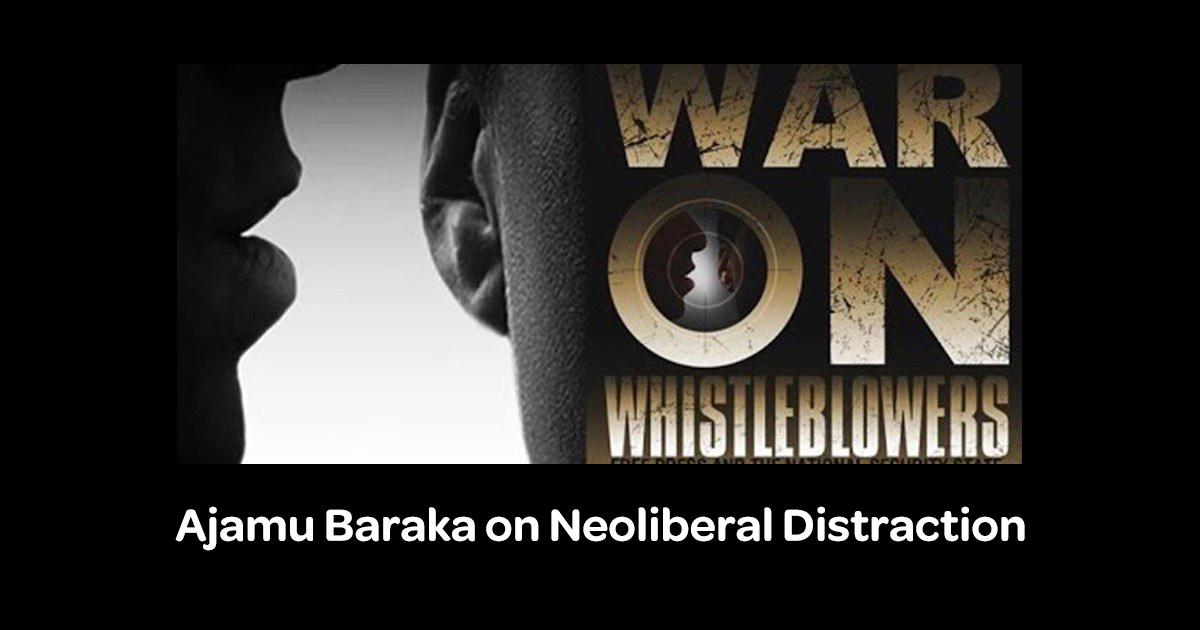 If Trump decides to 'throw a whistle-blower in jail for trying to talk to a reporter, or gets the F.B.I. to spy on a journalist, he will have one man to thank for bequeathing him such expansive power: Barack Obama.'"

With the outrageous decision by the Trump White House to bar a CNN propagandist posing as a reporter, more people are now starting to make the connection between press freedom and the issue of the "right to know" and of unimpeded information. But we have to ask once again, where was this concern when Democrats under Obama were using the espionage act to jail whistleblowers and prosecuting journalists?

Why no outrage on the eve of the Ecuadorian government turning over Julian Assange to be prosecuted by Western intelligence for the crime of publishing accounts of their nefarious actions? Where were these objective defenders of the right to information when the state was collaborating with private corporations like Google, Twitter, and Facebook to alter and limit political speech and information?

"Where was this concern when Democrats under Obama were using the espionage act to jail whistleblowers and prosecuting journalists?"

For some, attempting within the context of the ongoing and intensifying ideological struggle to move the focusand analysis away from an opportunistic and simplistic framework that focuses on personalities and individualized psychologies to material interests, structures and class interests can open one up to charges of not being sufficiently anti-Trump enough, or strangely "pro-Trump." But it wasn't Trump but Obama and both capitalist parties that inserted the "Countering Foreign Propaganda and Disinformation Act" into the 2017 National Defense Authorization Act during the last few days of his administration. An act that establishes a propaganda center in the State Department that objectively has been coordinating psychological operations (psyops) in the U.S. in conjunction with private corporations and intelligence agencies.

Muted opposition or outright support for these efforts from liberal Democrats is not just a case of hypocrisy. It is a willful ideological position that affirms that certain speech and information is acceptable and others isn't. In an era in which capitalist concentration has resulted in six corporations now controlling over 90% of mainstream news content , the narrow range of reporting and "newsworthy" content should not be a surprise to anyone still capable of critical thinking. These liberal Democrats are complicit in sustaining the lie that the capitalist press represents a non-partisan, objective world-view.

"We must demand the unimpeded, free flow of information."

The editorial orientation and bias of news outlets from Russian Television (RT) and the New York Times to the BBC and Fox News are quite obvious, and no one should be allowed to claim a universalist position on the "truth." However, we must demand the unimpeded, free flow of information, especially information from non-corporate, non-state sectors. Defending this democratic and human right is not a capitulation to bourgeois sensibilities. It recognizes that defending this "democratic" right is an objective necessity for radical forces in the context of this moment when the state and corporate sector are collaborating on restricting speech and information.

The open authoritarianism of the Trump administration and the forces it represents is an opportunity for progressives to shift the political discourse. The obfuscation of the one-sided class warfare waged against the working class, the poor, and people of color in the U.S. over the last four decades disarmed and confused radical opposition. But the impact of the 2007-8 crisis exposed the systemic, irreconcilable contradictions of the neoliberal capitalist project for all to see, even if most didn't have the theoretical tools to correctly understand their lived realities. The agenda of the oligarchy and the systematic assaults on individual and collective human rights to realize that agenda could no longer be disguised.

"Liberal Democrats are complicit in sustaining the lie that the capitalist press represents a non-partisan, objective world-view."

However, it was believed that with correct perception management, the hard edges of the assault could be softened, even as the state continued to strengthen its repressive capacities. U.S. based transnational finance capital assigned that function to Barack Obama.

The Obama administration collaborated with the courts and Congress to dismantle democratic rights and strengthen the state's repressive apparatus, including the murder of U.S. citizens. Journalist James Risen only escaped imprisonment because he worked for New York Times. Meanwhile, whistleblowers like John Kiriakou, who exposed the Bush torture program, were sent to prison along with Chelsea Manning, who was given a 35-year jail sentence for exposing evidence of war crimes by U.S. forces in Iraq. Even in light of these clear assaults on press freedom, bourgeois journalists can only mutter irrational hatred for Julian Assange and WikiLeaks.

"The impact of the 2007-8 crisis exposed the systemic, irreconcilable contradictions of the neoliberal capitalist project for all to see."

Expanding NSA surveillance and charging journalists with espionage for whistle-blowing are systematic attacks on press freedom that pale in comparison to the theatrics of Trump's rants against the press. But according to James Risen if Trump decides to "throw a whistle-blower in jail for trying to talk to a reporter, or gets the F.B.I. to spy on a journalist, he will have one man to thank for bequeathing him such expansive power: Barack Obama."

This is the objective reality that we confront. It requires clear thinking free from emotionalism, elitist petit-bourgeois moralism, and liberal propaganda distractions that undermine our ability to see and understand that the national military-intelligence state is an enemy of us all because it serves the interests of the ruling class as a whole.

Trump, Sanders, Obama, Mueller, and CNN are mere ideological distractions meant to dull our perceptions and prevent us from coming to terms with the awesome reality of our systemic domination. Fascism represents a specific form of capitalist decay. That is why even though the proto-fascism of Trump represents a dangerous tendency, avoiding the political and ideological dead-end of anti-Trumpism demands that we keep the focus of our analysis and agitation on the ongoing structures of the white supremacist, colonial/capitalist patriarchy and not individuals and personalities if we want to avoid doing the ideological dirty work of the ruling class.

Ajamu Baraka is the national organizer of the Black Alliance for Peace and was the 2016 candidate for vice president on the Green Party ticket. He is an editor and contributing columnist for the Black Agenda Report and contributing columnist for Counterpunch. His latest publications include contributions to Jackson Rising: The Struggle for Economic Democracy and Self-Determination in Jackson, Mississippi. He can be reached at: Ajamubaraka.com