The two biggest threats we face 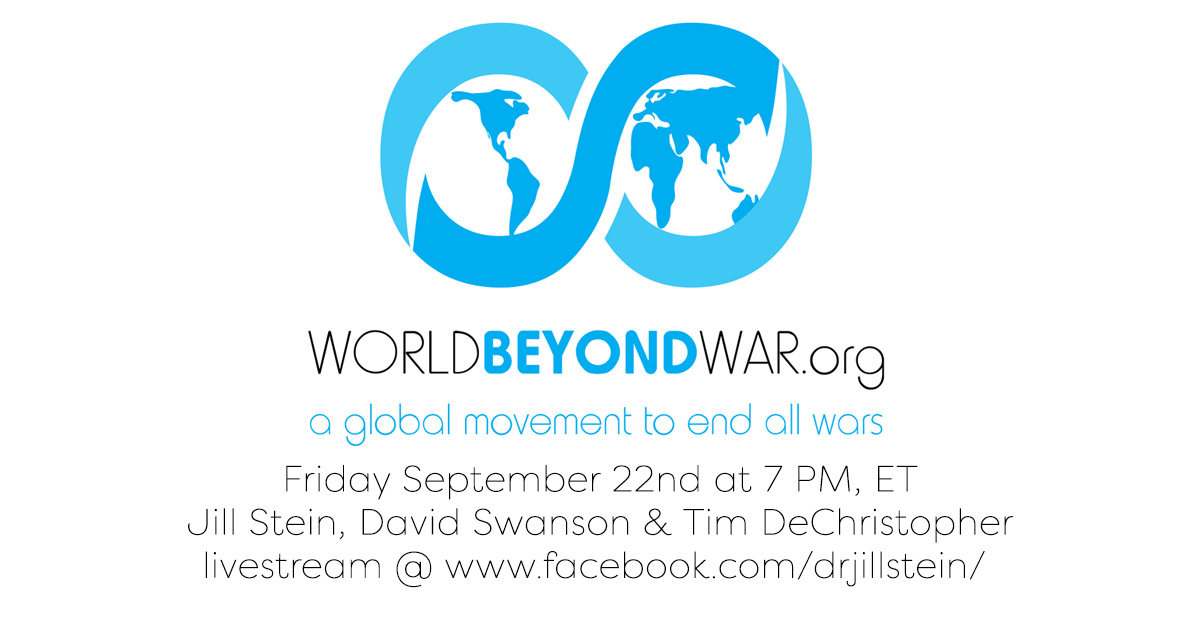 I'll be joined on the panel by David Swanson, director of WorldBeyondWar.org and a tireless advocate for ending the madness of militarism, and Tim DeChristopher, founder of the Climate Disobedience Center who is best known for disrupting an illegal auction of federal lands by posing as Bidder 70 and outbidding oil companies for lands surrounding Arches and Canyonland National Parks.

And right after the opening panel, NSA whistleblower Edward Snowden will address the conference via video link.

It's hard to think of a more urgent time for the message of No War 2017: War and the Environment.

Endless US wars are raging in the Middle East. President Trump is trading nuclear threats with North Korea. Congress is saber-rattling at North Korea, Russia and Iran, and just overwhelmingly voted for a massive $700 billion military budget even larger than what Trump wanted.

Meanwhile, climate change-fueled disasters are becoming more frequent and alarming. As deadly hurricanes pound the Caribbean and the South, wildfires rage in the West. And millions of people have been flooded out of their homes in South Asia and Africa – some of whom may become permanent refugees.

Neither establishment party is calling for a new foreign policy based on international law, diplomacy and human rights, or the bold climate solutions we need like a Green New Deal. Instead, they're actively supporting the agenda of the war profiteers and fossil fuel barons who value short-term profits more than life on Earth.

In short, it's never been more important that we build the movement for people, planet and peace over profit.

Please join me this Friday September 22nd at 7 PM Eastern/4PM Pacific time for the opening of No War 2017: War and the Environment.

It's in our hands!
Jill Stein

PS. Registration for No War 2017: War and the Environment is still open – if you're in the Washington DC area, please consider joining us for this critical meeting of movement leaders.