Green Party Calls for Action in Response to UN Report on Poverty in the U.S. 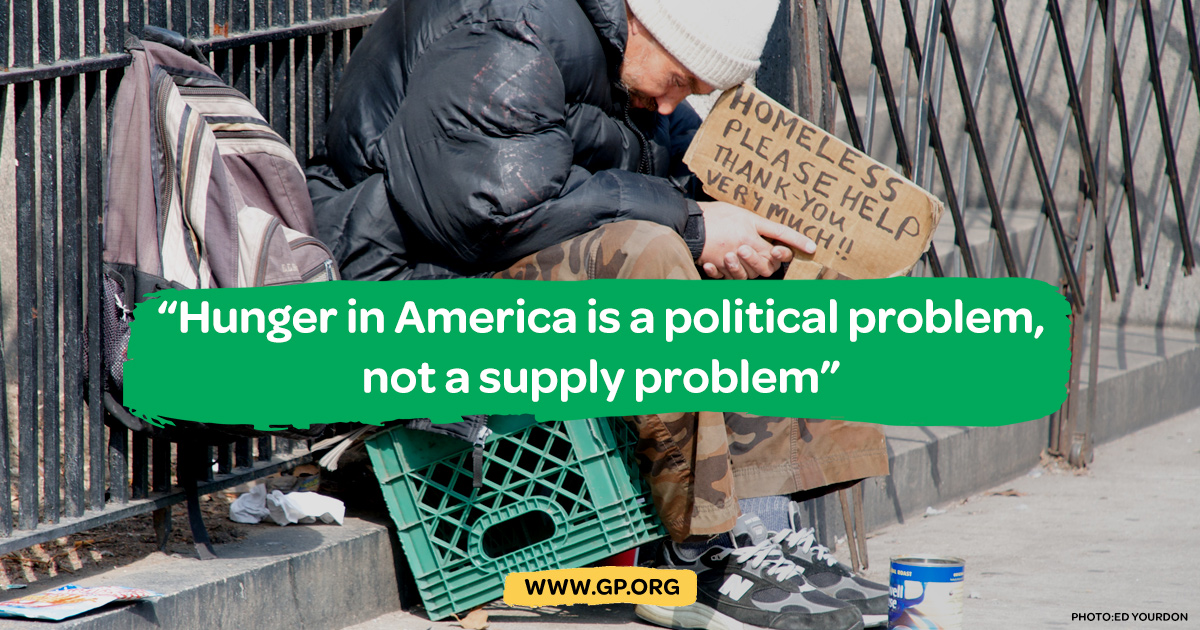 The UN Special Rapporteur on extreme poverty and human rights recently released a damning report on poverty and income inequality conditions in the United States. The report will be presented to the UN Human Rights Council on Thursday, June 21. The Trump administration withdrew the U.S. from the council yesterday, claiming it was "bias[ed]" against Israel, among other reasons.

The report pointed out that over 40 million Americans live in conditions of poverty. It also found that the Republican-passed tax cuts bill has already worsened income inequality while it benefits the wealthiest Americans.

The report is especially critical of the deteriorating state of American democracy, largely at the expense of the poor and oppressed communities. Welfare reform enacted under the Clinton Administration with help from a Republican-led Congress in the 1990s actually increased the number of single-mother families, with little real evidence of welfare fraud that lead to enactment of those reforms in the first place. The report also found that some urban neighborhoods have living conditions worse than refugee camps.

In addition to discriminatory treatment of poor and oppressed communities by the system, the UN report also notes that America's poorest frequently must live in areas where environmental conditions are hazardous to human health. Their homes are often close to low-paying jobs connected with some of the worst polluting industries in the country.

"Hunger in America is a political problem, not a supply problem. We grow more than enough food to feed everyone. America is one of the few countries that do not formally recognize a right to food. We need the Farm Bill to expand access to SNAP (food stamps) while raising the level of benefits provided. Unfortunately, Congress is going in the opposite direction. And we need to create more living wage jobs while providing adequate benefits to those unable to work, including children, those with disabilities and the elderly," noted Mark Dunlea, the Green Party candidate for State Comptroller in NY who ran the Hunger Action Network of NYS for 28 years.

The Green Party has long advocated for a Green New Deal, which includes a provision for guaranteed living wage jobs through a public jobs program.

"The Green Party roundly condemns America's poverty and welfare policies, which are based on half-truths and outright falsehoods," said Jody Grage, Secretary of the Green Party of the United States. "It is embarrassing that a country with the material wealth of the United States would dare to allow its citizens to live in appalling conditions as those found by the UN Special Rapporteur."

The Green Party would reverse the human rights violations that the American government inflicts on its people by deliberately disenfranchising the poor and oppressed communities, preventing them from using their democratic voice to call for better conditions, including a living wage. It would take immediate, real action to combat income equality and the human rights violations that result.

The Green Party would implement policies to alleviate poverty as a critical component in the fight for both social and environmental justice. It opposes privatization of Social Security and would eliminate time limits on eligibility for welfare benefits. It would reverse increases in military budgets and corporate subsidies from the G.W. Bush, Obama, and Trump administrations and redistribute those funds to support living wage jobs, work training programs, and family support.