18 Years after 9/11, Unanswered Questions as War on Terrorism Continues 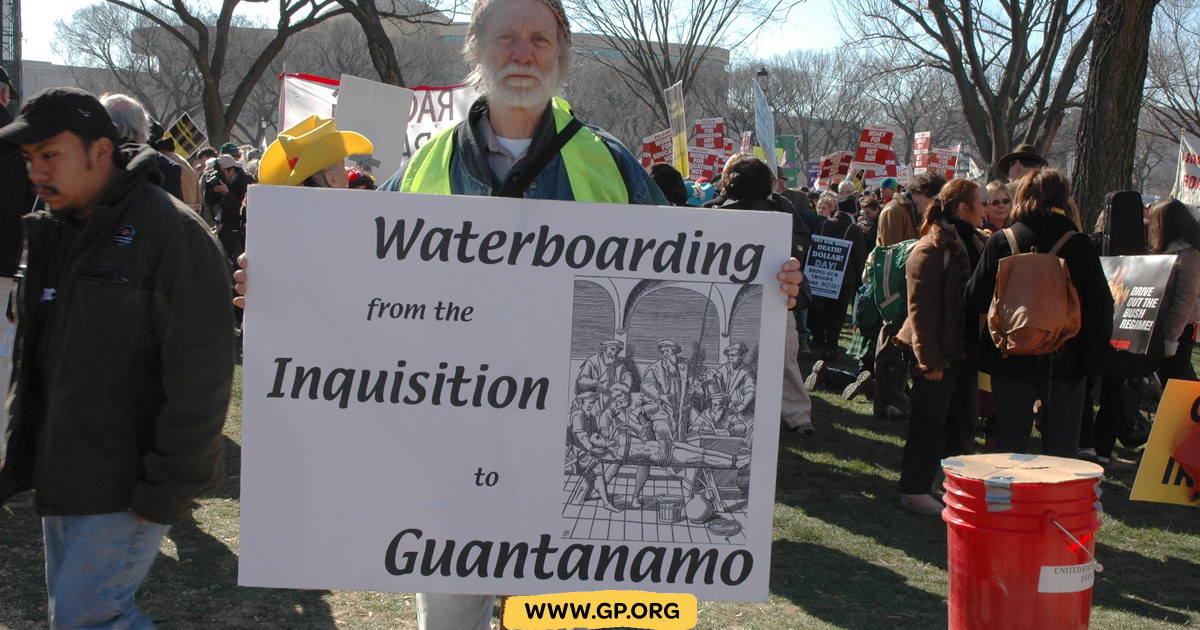 9/11 was used as the justification for U S invasions in the Middle East and the war on terrorism. It was used to curtail civil liberties and suppress political dissent at home, and to further bankrupt our public treasury in order to pay for an ever expanding military industrial complex. Our government lied about weapons of mass destruction in Iraq[1] to invade a country which had no role in 9/11.

For the first decade after 9/11, I annually published an op ed in the Albany Times Union and elsewhere addressing “the unanswered” questions from 9/11 and the wrong policy responses adopted by our government (I did issue a 9/11 statement for the 2018 anniversary[2].)

Like many, I was traumatized by the murders, particularly watching the World Trade Center towers collapse over and over again with speculation that as many as 50,000 people might still be trapped inside. I am haunted by the images of people hurtling to their deaths, flying down the outside of the Tower to escape a worse fate inside

I was equally horrified that as the smoke rose from the WTC that politicians and the mainstream media rushed to bang the drums of war.  I am proud that within hours after the towers fell I issued a statement for the Green Party opposing the bipartisan rush to war. For one of the few moments in my lifetime the world was united in sympathy with America. We had the opportunity to use it to build a world more centered on peace and common good. America instead chose a different path.

One of the first casualties of war is the truth. It quickly became obvious that the “truth” about 9/11 was never going to come out.

Unlike the 9/11 Truth Movement, I was willing to accept the general narrative of the 9/11 Commission – that foreign terrorists hijacked 4 planes to kill as many people as possible. As someone who has worked with the government politicians and bureaucrats for over 40 years, I dismiss government conspiracies out of hand for being way beyond their competency to pull off.

The 9/11 Commission was an exercise in damage control to protect the reputation of our national leaders and of our foreign policy and intelligence community. The failure to "connect the dots" to prevent the terrorist attacks of 9/11 ranks among the worst intelligence failures in American history.[3] The official report blames this on bureaucratic competition and non-cooperation. I would more describe it – at a minimum - as criminal negligence. The Bush administration for instance for months after September 11th kept hidden from the American public the fact that they received prior warnings from other governments including Britain and Israel about possible terrorist attacks, including hijackings, by bin Laden and his associates.[4]

The first – and only – article that I wrote that went viral was my outrage that President Bush wanted Henry Kissinger to head up the commission. Kissinger was the architect of the 9/11 terrorist attack three decades prior– the overthrow and murder of President Allende in Chile[5]. I documented not only Kissinger’s role in promoting terrorism but the rampant conflicts of interests among the other foreign intelligence members that dominated the Commission. Kissinger withdrew a few days after my article appeared – though largely because he did not want to disclose his rogue gallery of clients.

The two co-chairs of the Commission - Tom Keane, former Republican Governor of NJ and Democrat Lee Hamilton - later wrote a book where they outlined two main lies from the Commission’s investigation. (They also wrote in the NY Times about how the CIA undercut the investigation by destroying potential evidence.[6]) The first lie was that the prime motivation for the hijackers was the US role in supporting Israel against Palestine, not the fact that the US had built air bases in Saudi Arabia. However, the more critical lie led them to initially wanting the Pentagon generals to be tried for perjury.

The generals lied to the Commission (and Congress and the public) in denying that the NORAD air command was running an exercise the morning of 9/11 involving faked hijacked airplanes[7]. Vanity Fair won litigation to publish NORAD’s transcripts from that morning as the air controllers pleaded to take the fake airplanes off the screen so they could figure out how to direct the Air Force to respond to the real hijackers.[8]

What has not been answered is why did the General’s repeatedly lie about this? If I was the mastermind of 9/11 and knew that the US was going to run an exercise with faked hijacked airplanes, you can bet that would be the day I would choose to launch my own attack.  So how did the hijackers learn about the training exercise (and other information like Logan airport in Boston[9] having probably the worst security in the country)?

9/11 Truthers point out that the neocons in the government (i.e., Cheney and Rumsfeld) openly wrote about the need for a “Pearl Harbor” event[10] to provide a pretext to invade Iraq to seize its oil. Other possibilities include someone providing the info for money or blackmail. Or was the intelligence community so incompetent that foreign opponents could figure it out?

Or was this information provided to some foreign allies that then leaked it to the 9/11 terrorists? Two possibilities are Saudi Arabia, one of the most oppressive and brutal regimes on the planet[11], and/or  ISI[12] (Inter-services Intelligence), the powerful Pakistani version of the CIA and FBI that often seems to operate independently of the civilian elected officials

There has been much speculation about the role of Saudi Arabia in the attacks. 15 of the 19 hijackers were Saudis (not Iraqis). Only recently were the “missing pages” about Saudi Arabia possible ties to the hijackers from the 9/11 report released[13].

One issue is the role of the Saudi ruling family in funding Al Qaeda[14]. Many believe that the Saudi’s provide funding to such terrorists as protection money. Go ahead and take your fight against the infidels, fight Israel and their allies, just make sure you don’t engage in such activities in the Kingdom itself.

The 9/11 report was unable to document who funded the 9/11 attacks. They said however that the actual source of funding was not important since the $500,000 estimated cost could have come from Al Qaeda’s petty cash as part of its estimated annual $30 million budget.[15]

While the Commission felt documenting the 9/11 money trail was not important, the federal government allegedly felt that “terrorism financing” was so critical that they launched a sting operation in Albany to entrap a pizza store owner and his witnessing Imam. While even the local mainstream media quickly decided the sting operation was bogus[16], Araf and Hussein were sentenced to decades in prison. Meanwhile, the operative who organized the sting[17] to escape prosecution for selling false identifies went on to become the owner of the limousine in which 20 individuals recently died in Schoharie. [18]

Bin Laden comes from a prominent family whose construction firm was the builder of choice for the Saudi regime[19]. There are reports that the Bush and Clinton administration restricted the ability of the intelligence community to go after bin Laden and other Saudis out of the desire to maintain our “special relationship” with the Saudi oil wealth[20]. This was not something addressed in depth by the 9/11 Commission.

Nor was the possible central role of the ISI addressed by the 9/11 Commission. The ISI have been closely aligned with the Taliban and al Qaeda. There were mainstream reports by media outlets including CBS that the ISI wired $100,000 to the lead hijacker shortly before the attack[21]. In Angelina Jolie’s movie Mighty Heart about Daniel Pearl, the Wall Street journalist who was murdered while investigating the relationship between the ISI and Al Qaeda, a key moment is when she discovers that the person they think killed her husband is the ISI operative who wired the funds to the hijackers[22]. If true (something the 9/11 Commission should have investigated), one question would be whether the money was just part of the ISI’s possible ongoing payments to Al Qaeda or that they knew it was going to support the hijacking.

Another issue not addressed is how the US – starting under President Carter and continued by Reagan – created the conditions that allowed the Al Qaeda training camps to operate in Afghanistan. It was a classic case of blowback.

In 1979, Carter began to fund the Afghanistan warlords (terrorists) in their efforts to overthrow the central government that was closely aligned with the Soviet government.[23] This government strongly supported women’s rights. The US was interested in drawing the Soviets into their own version of Vietnam on their southern border, with the Soviets worried about their own internal struggles with Muslim dissidents.

Bin Laden was part of the Saudi contingent that came to Afghanistan to fight the Soviets. Bin Laden’s role was to provide financing from his family’s wealth. He was apparently more reasonable / easier to deal with than the mujahedeen, so the CIA established a working relationship with him.[24] The country became chaotic following the collapse of the central government, with the various warlords and their ever-shifting allegiances controlling their own territories. To stabilize the situation, the Pakistani ISI (possibly along with the CIA) encouraged their allies the Taliban to migrate over the border into Afghanistan to “take control”[25]. At some point the Taliban struck a deal to allow bin Laden and others to operate their training camps in exchange for providing support in the fight against the Northern Alliance warlords.[26] (Note this is an abbreviated and simplified version.)

One of the most incredulous parts of the 9/11 Commission report – which the report itself admits defies belief – is how the lead hijackers were recruited. It reads like a bad Saturday Night Live skit. (Others have provided a far different narrative[27].) The source of this information, alleged 9/11 mastermind Khalid Sheikh Mohammed, is supposed to finally to go to trial eighteen years after his capture.[28](His nephew led the 1993 bombing of the World Trade Center.[29]) It will be interesting to see if any new information emerges.

After 9/11 most of us pledged to “never forget” and seek justice for the victims. Instead, our government has inflicted vengeance which has killed hundreds of thousands of individuals who had no role in 9/11 while only bin Laden was held “accountable” (without a public trial that might have answered more questions). The use of terrorism and violence against civilians has continued to increase. Those who don’t know history are doomed to repeat it.  Increasingly the greatest threat to our national security is climate change[30], not terrorism. It is time that our tax dollars were re-oriented to this effort while ending the “war on terrorism” as the failure[31] it has been.

Mark Dunlea is authored of Madame President: The Unauthorized Biography of the First Green Party President. It was the first novel about 9/11. Dunlea was also the 2018 Green Party of New York candidate for State Comptroller.