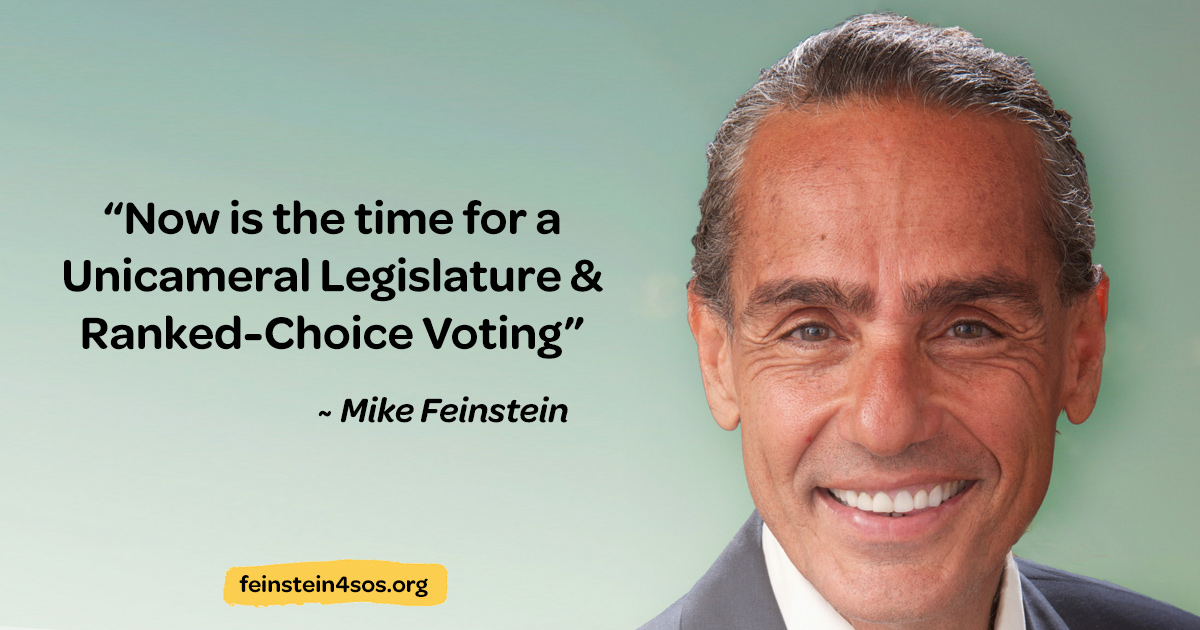 Green Party secretary of state candidate Michael Feinstein Monday urged the San Diego City Council to put its support behind his plan to dramatically overhaul the state Legislature by merging its two houses and implementing ranked-choice voting that would support the viability of third- party candidates like him.

The former Santa Monica mayor and councilman aired his proposal during the council’s public comment period. He has made similar presentations in other cities such as Glendale.

Feinstein called for the elimination of the 80-seat state Assembly and 40-seat Senate in favor of a single, 500-seat body. Half of those seats would be elected proportionally from regional, multi-county districts. San Diego and Imperial counties would make up one district with 22 seats and Los Angeles, Orange and Ventura counties would make up another with 90 seats.

The other half of the Legislature would be elected from smaller districts through ranked-choice voting, which would allow residents to rank several candidates in order of preference. If no candidate is the top choice of the majority of voters, the first-choice candidate with the fewest votes would be eliminated and the voters' next choice is counted, until there is a winner.

Such a system is already used in Berkeley and Oakland city elections. It's being implemented in Maine state elections and has been used for a century to elect members of the Australian House of Representatives, for example.

Feinstein said the system would better represent Californians — the size of the Legislature hasn't changed since 1879 when there were 865,000 residents statewide. There are now about a million people per state Senate district, he said.

"Eventually I'd like to see this enacted in California," he said. "If you're not at the table, you're on the menu."

He said it would also allow for better representation in regional planning matters, which are currently handled by agencies such as the San Diego Association of Governments.