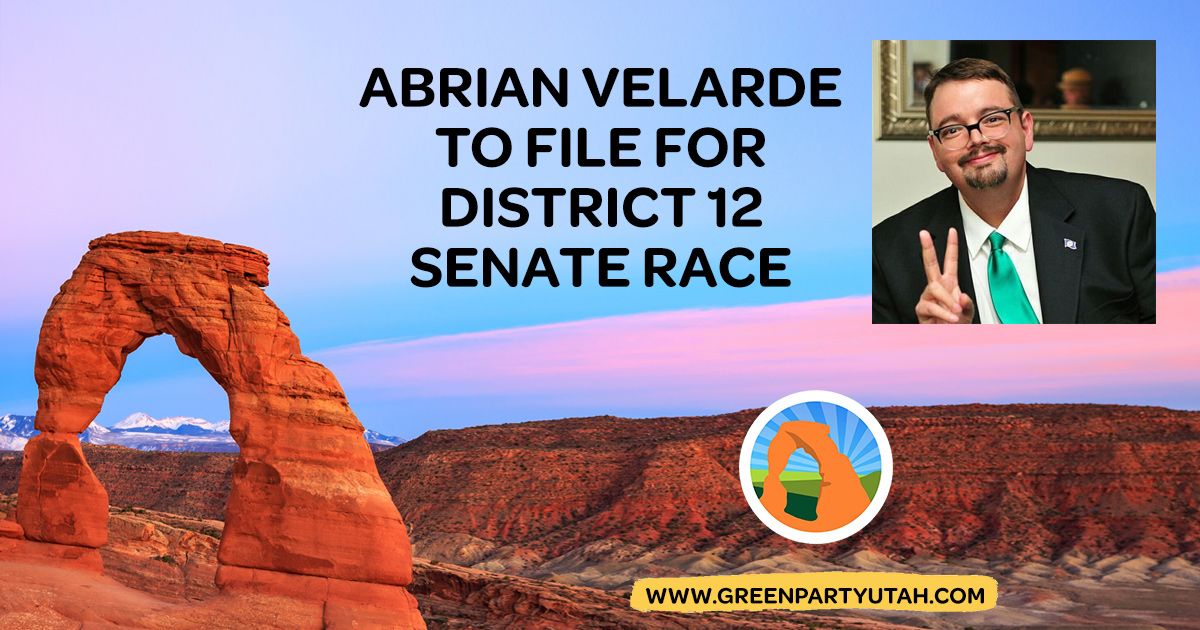 Velarde has first-hand experience with the struggles that many Utahns face on a daily basis. These are the issues his campaign will address:

Education and child nutrition:
A father himself, Velarde will invest in improving the community for children to be raised.

"I am in favor of a state lottery that will go to funding education K-12 and ensuring not a single child goes without a healthy meal."

Utah's public lands and the environment:
An avid supporter of protecting Utah's environment is a priority for Velarde's campaign.

"I strongly support an Environmental Bill of Rights that gives the citizens of this state more power to help protect, preserve and restore the natural environment of this great state."

"Cost effective and convenient-to-ride public transit are essential to combatting the effects of poor air quality caused by pollution."

Governance by the people:
"I believe that the legislature does not have the authority to insert their will over the will of the people they govern. Legislators should not be allowed to pass laws to diminish, discourage or disenfranchise the will of the people. We cannot allow government to slowly chip away at what our rights are as citizens of this great democratic Federal Republic."

"I pledge to fight to preserve the rights of the citizens of this great state and insure that our government is open and transparent."

Velarde will be joined by Jerold Adam Davis who will be filing for Utah's Congressional District 1 at the State Capitol following Velarde's filing. Together they will travel from the Salt Lake County Election Division to the Capitol during which time they will conduct a Facebook Live Q & A.

Both Velarde and Davis are expected to become official candidates of the Green Party of Utah at the party's state convention, April 21, 2018.