Verifying vote should be norm 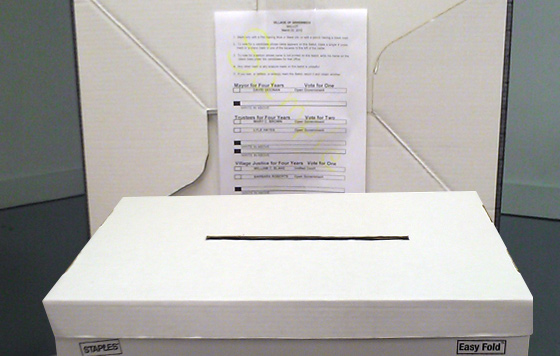 Detroit, MI – From the moment that Jill Stein requested a presidential recount in Michigan, Donald Trump and his Republican cronies have tried to thwart it at every turn. Despite their obstructionism, the recount began earlier this month but was stopped a few days later.

The recount opponents prevailed after an onslaught of political maneuvers and lawsuits that finally found favor in the Republican bench of the Michigan Court of Appeals.

It's a sad day for our democracy when politicking prevails over ensuring the integrity of our election system. And in the media's coverage of the political play-by-play, we missed the forest for the trees.

Throughout this election, voters have endured implications, rumors, and outright accusations about a "rigged" system—vocalized frequently by none other than the president-elect himself, who then did an about-face and fought tooth and nail to prevent the verification of the vote. Even before this election, previous recounts have shown that the voting technology most states use is antiquated and susceptible to malfunction or infiltration. This has unsettled our sense of security in our electoral system.

It was a ruling from U.S. District Judge Mark Goldsmith that permitted the recount to begin in a timely manner. In his ruling, Goldsmith laid out a vital argument about this process that underscores the necessity of transparency in upholding the basic rights that serve as the most essential underpinning to our nation's government.

In his judgment, he underscored that voters not only have a right to vote, but to know that the process by which they cast that vote was fair and unobstructed.

Computer scientists regularly warn about the vulnerabilities of optical scan machines, the machines used by all Michigan voters, cautioning that they can be breached without detection and have a tendency to misread markings made by voters. It is alarming that in Michigan, there were 75,335 under-count tallies — meaning votes that the machines did not record as selecting anyone for president.

And in the few days in which the recount was underway in Michigan, some other serious issues surfaced. As many as half of Detroit votes, and many more in surrounding urban areas, were deemed ineligible for a recount due to the state's overly restrictive recount law, which excludes precincts from a recount if there is a discrepancy between the number of voters in a precinct's poll book and the number of ballots in the ballot box.

When the result of an election is as close as it was in Michigan, when it has been determined that the machines tallying votes are vulnerable to malfunction, and when the American people ask that the integrity of their electoral system be reviewed, then a simple analysis of the results should be standard procedure to protect our democracy.

Lou Novak is a member of the Green Party of Michigan.