A constitutional victory for the people 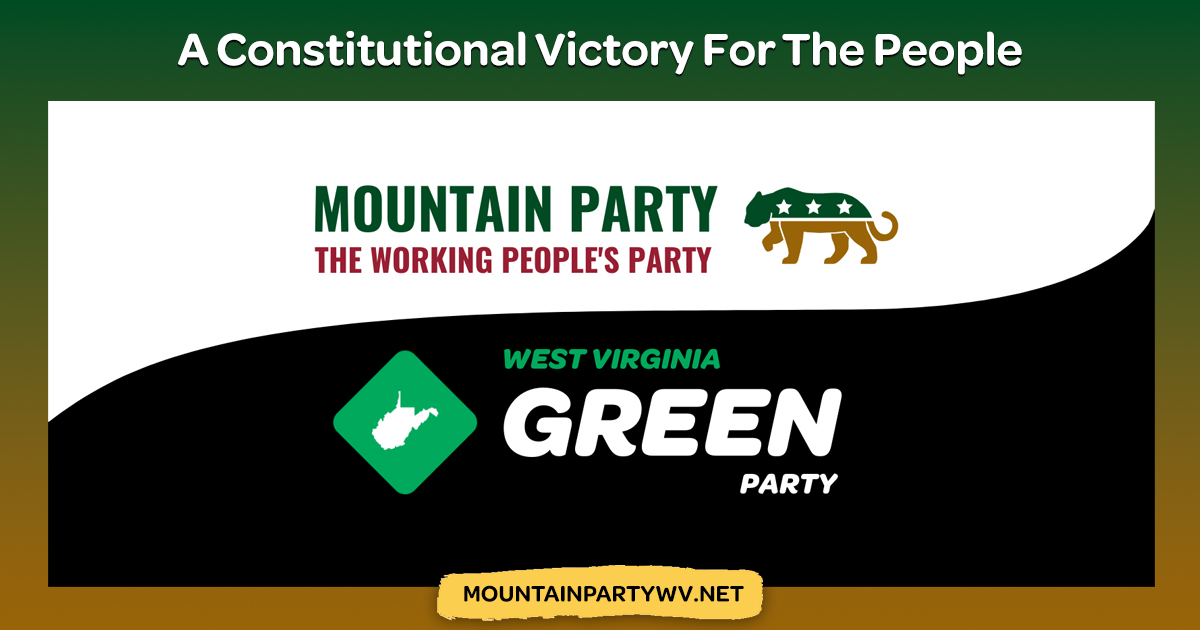 The West Virginia Mountain Party is proud to be part of the No Vote coalition that defeated all four proposed constitutional amendments put forth by the GOP. The West Virginia Republican Party’s horrendous anti-worker agenda, aiming to amend the State Constitution, was resoundingly rejected. The “against” vote statewide ranged from 54% to 64% on the four proposals.

Despite this constitutional victory, Republicans no doubt swept West Virginia state candidate elections, further reducing the number of seats held by the Democrats to approximately 12%. Unofficial results have Democrats shrinking their caucus from 11 to 4 State Senate seats and from 22 to 12 House of Delegates seats.

It is clear the electorate has no confidence in the West Virginia Democratic Party. Contradictory and unclear messaging, spineless legislative records, and a lack of solid proposals to make West Virginia a more equitable and prosperous place to live certainly has contributed to this. In consequence, Republican candidates are winning, not based on great policy, but for simply filling in where the Democratic Party has become effectively absent.

We are witnessing the demise of the Democratic Party in West Virginia. The letter D next to a candidate’s name is more of hindrance than an asset. Yet, with letters dropped and affiliation made irrelevant, the majority of West Virginia has rejected the GOP’s effort to remove judicial checks on impeachment proceedings, repeal state taxes to make way for corporate handouts, grant special rights and privileges to religious denominations, and politicize the classroom by allowing the far-right to overrule the State Board of Education.

Mountaineers want more choices on the ballot and more voices in government.

The Mountain Party remains a small organization, having concentrated its 2022 state candidate effort on the candidacy of Dylan Parsons, who raised more money than any other previous Mountain Party candidate. With a strong showing in Wetzel County, specifically in New Martinsville, Dylan has begun the process to establish a foundation of support for future local elections.

In upcoming local elections the Mountain Party will face some its most important battles as it is poised to win races for city council and further develop the coalition and capacity to dismantle the two-party system.