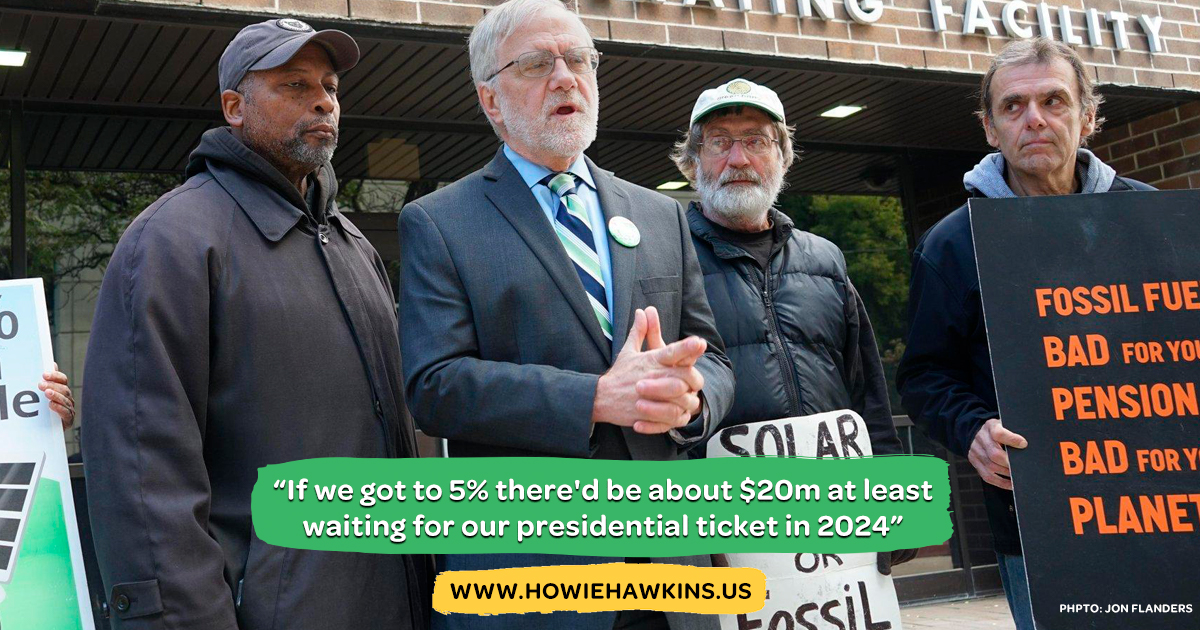 More than 6 million Americans voted for someone other than Donald Trump or Hillary Clinton in 2016's presidential race, but from the media coverage of the election you would never know it.

In 2020, however, the candidates who are neither Joe Biden nor Donald Trump are hoping to change that, and win more of the vote than ever before – and get some hard-earned recognition for it.

Howie Hawkins, a former UPS worker and longtime political activist, is the Green party nominee for president, and is toiling to break through the media's Republican and Democratic noise to persuade Americans there are other options than the dominant two parties.

He is not finding it easy.

An immediate difficulty has been coronavirus, which has prevented Hawkins, who lives in Syracuse, New York, from holding events and traveling the country. Instead he has relied on virtual events, although that hasn't worked out too badly: "I'm actually probably talking to more people than I was before," Hawkins told the Guardian.

A larger problem, and one that probably would have existed even without the pandemic, has been attracting media attention to his campaign.

"The difficulty is trying to get our message into the main narrative," Hawkins says. "We're sending out news releases, we're tweeting, we're on social media and we pitch stories."

When CNN held a "climate crisis town hall" in September 2019, Hawkins and the party spied their chance.

The Green party originally conceived the Green New Deal – a sprawling climate package which has been adopted by progressive Democrats such as Alexandra Ocasio-Cortez – in 2010, and Hawkins said he pitched himself to show producers as "the original Green New Dealer".

It didn't work, and the Green party, which has the most far-reaching climate change policies of any party, was absent from the stage.

The Green party might be best known for its climate policies, but its focus goes beyond the environment and into progressive politics as a whole. Hawkins would institute a $20 minimum wage – Democrats favor a $15 minimum – universal rent control, Medicare for All and free college tuition.

In the unlikely event they should win the election, the party has also outlined its sweeping proposals for police reform, which are laid out in an 8,000-word essay online.

It's a platform which has similarities to the view of leftwing Democrats like the Vermont senator Bernie Sanders, but unlikely to ever be approved by the more centrist leadership of the party. Hawkins said he had attracted a number of Democrats disillusioned with the party.

"We keep getting replenished with really angry Democrats," Hawkins said. "Progressive Democrats get frustrated and come to the Green party."

For all Hawkins' detailed, and potentially Democrat-wooing platform, however, the party has little chance of winning in November, a fact that shouldn't just be frustrating for Hawkins and his team.

In 2018 a Gallup poll found 57% of Americans believe a third major political party is needed – a belief that has more or less held steady for the past 10 years. 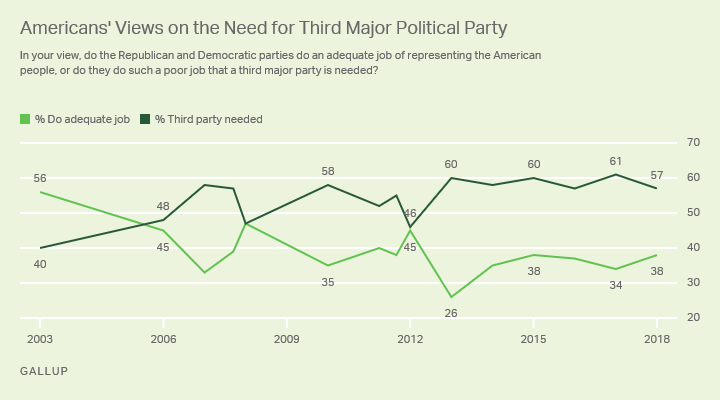 Part of the Green party's mission is to change that. The party supports a ranked-choice national popular vote for president, where voters rank candidates by preference. The system would allow people to vote for more progressive candidates – like Hawkins – without fear that their vote would hand victory to, in this case, Trump.

That fear among the left that a vote for anyone other than the Democratic party could hand victory to Trump is another problem Hawkins faces.

In 2016, the Green party candidate Jill Stein face heavy criticism in the wake of Clinton's loss to Trump. Nationwide 1,449,370 people voted for Stein, but crucially she received significant votes in Michigan, Wisconsin and Pennsylvania – each of which Trump narrowly won. If Hillary Clinton had won those three states, she would have been president.

It meant Stein became a scapegoat for some – although there is little evidence Stein not running would have tipped the election to Clinton.

In Pennsylvania Stein won 49,678 votes, meaning almost every one of her voters would have to have flipped to Clinton to close her 46,765 gap to Trump – which is highly unlikely. Polling specialists at the politics website FiveThirtyEight unanimously felt Stein's run was used as a scapegoat for Clinton's loss, rather than a legitimate reason.

Some third-party presidential candidates insist they have a chance of winning the presidency, despite all odds. Hawkins, however, is refreshingly honest when asked about his realistic aim.

"What would really be a big victory would be if we got 5% of the vote," Hawkins said.

"That qualifies us for a public campaign financing grant for the general election in 2024 for president. If we got to 5% there'd be about $20m at least waiting for our presidential ticket in 2024, which would be a jump up. So 5% is benchmark."

It might not sound like a lot, but given the Green party's previous best performance was the 2.7% won by Ralph Nader in 2000, it's an ambitious goal.

"That would be quite a leap for us," Hawkins said. "But with Trump collapsing, and Biden not being very progressive, maybe it is within our reach."