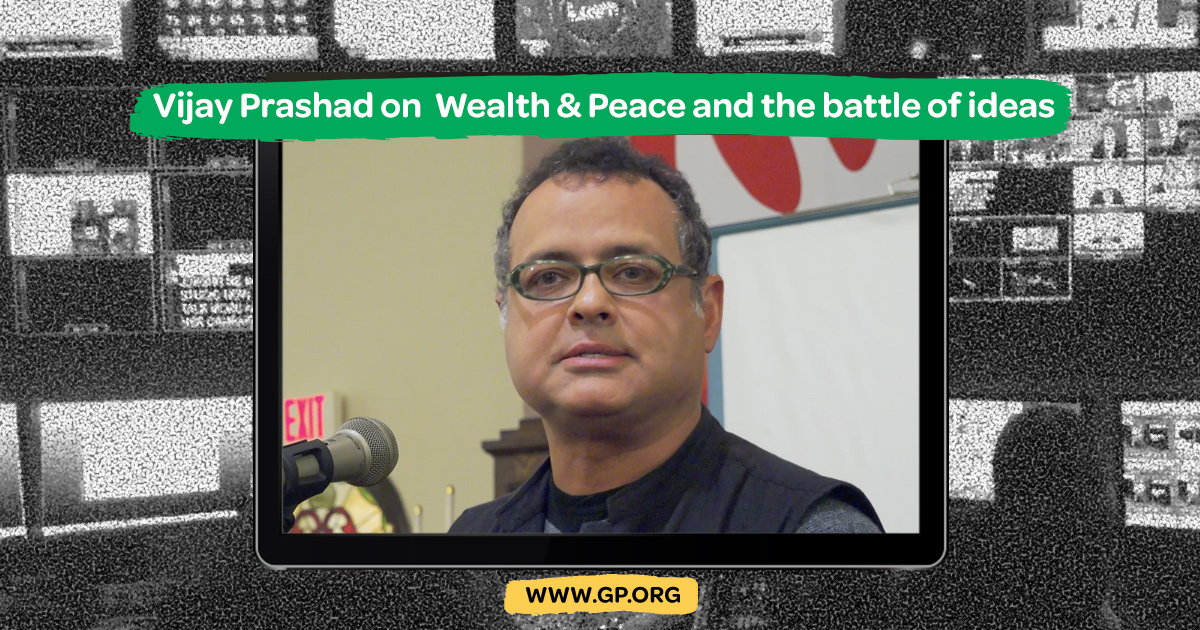 Vijay Prashad addressed the state convention of the Green Party of New York on Saturday, May 19.  He spoke about the connections between Wealth and Peace and the battle of ideas as well as the way the State Department uses propoganda through the media.

As a journalist, he writes regularly for The Hindu (India), Frontline (India), BirGün (Turkey) and Alternet (USA) and appears regularly on The Real News Network and Democracy Now. He is the Chief Editor of LeftWord Books (New Delhi). He has appeared in two films – Shadow World (2016) and Two Meetings (2017). For twenty five years, he was a professor at Trinity College; he has also been the Edward Said Chair at the American University of Beirut, where he was a Senior Fellow of the Issam Fares Institute for Public Policy.