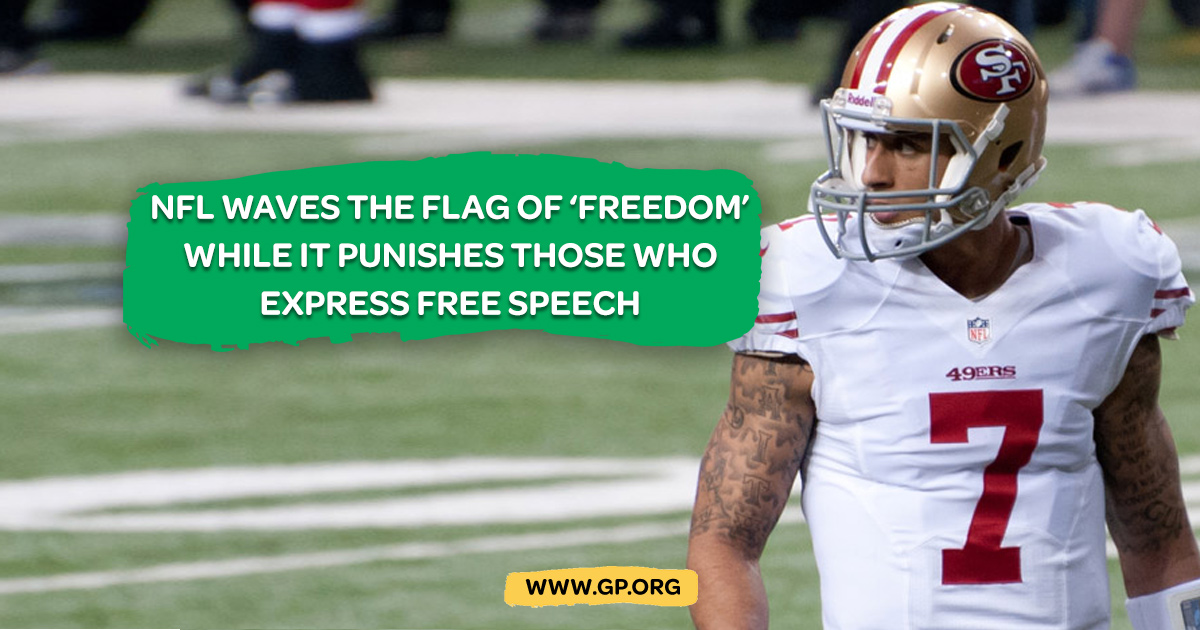 Declares it a Racist Violation of the Value of Free Speech

The Green Party of Virginia (GPVA), consistent with its key values of social justice and nonviolence, condemns the decision by the National Football League (NFL) to deny players their right to express themselves on the field. This policy, made without consultation with the NFL Player's Association (NFLPA), "requires players and league personnel on the sideline to stand but gives them the option to remain in the locker room if they don't want to stand."

The NFL further threatened to fine players who refuse to comply with the policy. This violation of the spirit of free expression has received appropriate condemnation from the NFLPA and the American Civil Liberties Union (ACLU), which is circulating a petition demanding that the policy be rescinded. We join with these organizations and others who understand the value of free expression.

Further, we condemn this decision because it was made without the consultation of the NFLPA. The GPVA understands that a healthy democracy only exists when workers can collectively bargain for their rights through a union. When the wealthy attempt to ignore unions, we are all threatened. Moreover, the moral authority of the NFL is highly suspect. "The owners' priorities are questionable when Colin Kaepernick is effectively blackballed from the NFL while players who engage in domestic violence only get suspensions from a few games," said Tamar Yager, Co-Chair of GPVA. Therefore, we call on the NFL to immediately rescind this policy and consult with the NFLPA on all future policy decisions.

Finally, we must not forget the reason that so many players have risked their careers and their reputations to kneel. These players are protesting the daily reality of police brutality in America and the ways in which government officials, at all levels, have ignored this continuing human rights crisis. In 2018 so far, police have already shot and killed 412 people according to the Washington Post. This is a serious issue, and by ignoring it and now silencing the voices of those who protest against it, the NFL has chosen to stand on the side of racism and injustice.